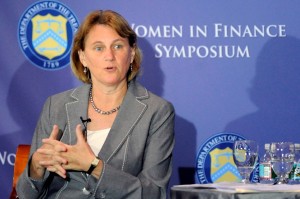 The pay-to-play saga continues. Earlier today, the SEC announced that at long last, it is charging former CalPERS CEO Fred Buenrostro and Alfred Villalobos – a former CalPERS board member turned placement agent –with fabricating letters in a scheme to enrich themselves.

In a call with reporters just now, Anne Stausboll, CalPERS CEO, praised the SEC for its leadership, characterizing its investigation as both “lengthy and very thorough,” and suggesting she was satisfied with the scope of the agency’s charges, which might have been broader.

The charges, specifically: that Buenrostro and Villalobos created and signed fake CalPERS documents that tricked private equity firm Apollo Global Management into pouring $20 million into the pocket of Villalobos in his then-capacity as a placement agent.

Apollo has long said it believed CalPERS had reviewed and signed the placement agent fee disclosure letters in accordance with CalPERS’s established procedures.

The SEC is seeking an order requiring Buenrostro, Villalobos, and Villalobos’s firm, Arvco Capital Research, to “disgorge any ill-gotten gains, pay financial penalties and be permanently enjoined from violating the antifraud provisions of the federal securities law,” says a statement from the agency.

In her call with reporters, Stausboll also took pains to add that CalPERS has “dedicated ourselves to pursuing” policy changes including “numerous and sweeping reforms” that “represent much more than lessons learned” but rather a “foundation to preserve and protect the confidence” of everyone involved with the $235 billion pension fund, the country’s largest. (CalPERS was also quick to issue a release today, outlining the reforms it has instituted to boost accountability, including requiring agents to register as lobbyists.)

Indeed, while Stausboll called the SEC’s charges “one step closer to closing this chapter in our history,” much of the story has yet to be told. Undoubtedly, it will involve much more unwelcome press for CalPERS, too.

Last December, a federal judge approved a plan to liquidate the estate of Villalobos, who filed for bankruptcy protection in 2010; the filing was delaying the case of California Attorney General Kamala Harris. But the trial of Villalobos — who’s accused of netting $47 million altogether from investment fund managers who turned to him for help in landing CalPERS business — is now set to begin later this year.

Meanwhile, a trial for Buenrostro, who went to work for Villalobos a day after he retired in 2008, is set to begin next month.

The California attorney general’s complaint against the men, along with Arvco Capital Research, seeks $95 million in civil penalties.

Buenrostro worked in state government for 32 years. When he joined CalPERS in 2002, he left his job as chief deputy director of California’s Department of Personnel Administration to do so. CalPERs reportedly hired him after spending four months searching for candidates.

Image credit: Anne Stausboll, chief executive of CalPERS, speaks at the Women in Finance Symposium at the Treasury Department in Washington, on July 12, 2011. Photo by Jonathan Ernst, Reuters