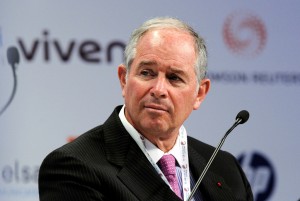 (Reuters) – CalPERS, the biggest U.S. public pension fund, will commit $500 million to a managed account overseen by Blackstone Group LP, the world’s largest private equity firm, according to details provided by the fund to Reuters on Wednesday, May 9.

The $238 billion California Public Employees’ Retirement System pension fund in an email described the Blackstone Tactical Opportunities Separate Account LP as an opportunity to “target global investment opportunities in areas of market, regulatory, or other forms of dislocation.”

CalPERS also said that it is investing $400 million in a fund from Cerberus Institutional Partners and $100 million each to funds run by Credit Suisse and Pacific Alliance Group, bringing its total new commitments to $1.1 billion.

Diversified private equity firms have been capitalizing on their scale by offering large pension funds the opportunity to invest in special accounts across their investment funds.

In exchange for major commitments, investors get a break on management fees, which CalPERS has been seeking from its outside investment managers.

The CalPERS commitment is a coup for Blackstone after the New Jersey Division of Investment, which manages a $66.2 billion pension fund, agreed last December to invest $1.8 billion across Blackstone’s investment businesses, bringing its total commitment to $2.5 billion.

Blackstone rivals KKR & Co. LP and Apollo Global Management LLC had raised the “mega-mandate” stakes a month earlier by announcing they would manage $3 billion each on behalf of the Teacher Retirement System of Texas.

“Additionally the size of the fund will be limited to below $1 billion for Buyout and Special Situation funds, and less than $500 million for Growth and Venture funds,” CalPERS said.

“The intent of this program is to support quality managers that will produce attractive risk adjusted returns.”

Another $100 million from CalPERS is slated for Pacific Alliance Group’s PAG Asia I LP.

Calpers said the Hong Kong asset manager’s fund will “focus on buyout and growth equity investments primarily in Greater China, but will also invest in Japan, South Korea, and other Asian countries,” focusing “on buyouts and structured transactions in excess of $100 million.”