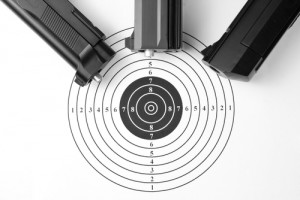 (Reuters) – The second largest U.S. pension fund on Wednesday decided to sell off its investments in manufacturers of firearms that are banned in California, like the assault rifle used in the Newtown, Connecticut, school massacre.

Freedom Group manufactures the Bushmaster semi-automatic rifle, one of the firearms used by a gunman to kill 20 children and six adults at the school. The gunman also killed his mother and took his own life.

Calling the Newtown shootings a “watershed event” that raised the national debate on gun control, Cerberus has said it will sell its interests in Freedom Group and return the proceeds to investors, a plan applauded by CalSTRS’ committee members. Cerberus has hired an investment bank to assist with the sale.

Cerberus bought firearms maker Bushmaster in 2006 and later merged it with other gun companies to form Freedom Group.

Last month, California Treasurer Bill Lockyer called on fellow CalSTRS board members to support a plan for the second largest U.S. public pension fund to divest from gun companies whose firearms, including semi-automatic rifles considered assault weapons, are banned for sale to the public in his state.

Lockyer expanded his plan on Tuesday to include manufacturers of high-capacity magazine banned in the most populous U.S. state.

According to Lockyer, divestment from the companies complies with CalSTRS’ investment policy requiring consideration of risks from investing in companies making products detrimental to public health and safety.

Calstrs has a list of 21 factors it uses to assess investment risks, including one factor regarding human health.

The factor addresses “The risk to an investment’s long-term profitability from business exposure to an industry or company that makes a product which is highly detrimental to human health so that it draws significant product liability lawsuits, government regulation, United Nations sanctions and focus, and avoidance by other institutional investors.”

CalSTRS’ Chief Investment Officer Christopher Ailman and lawyers for the pension fund agreed with Lockyer that gun and ammunition clip makers whose products are prohibited in California are covered by the risk factor.

CalSTRS added the factor to its list of risk factors in 2008 at a time when the pension fund was focused on risks that could affect investments in foreign countries. Ailman said CalSTRS’ focus on domestic investment risk was largely informed after 2008 by risks stemming from the financial crisis after that year instead of risks from individual investments.

CalSTRS’ divestment policy dates to the 1980s, when it sold off investments in South Africa to protest apartheid.

Lockyer also sits on the board of the California Public Employees’ Retirement System, the biggest U.S. public pension fund. He is urging it to review its holdings for firearms manufacturers to sell off the investments. (Reporting by Jim Christie; Editing by David Gregorio)