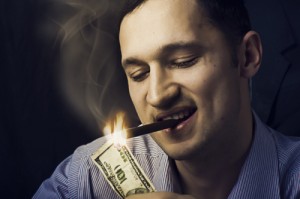 Silver Lake Partners is raising its fourth flagship fund, coming off some mega-exits for technology and consumer Internet companies in its portfolio.

According to documentation filed with the Securities and Exchange Commission, the PE shop is going to raise a $7.5 billion fund for its fourth vehicle.

To be clear: Silver Lake IV is different from another fund that some of the PE firm’s partners joined in for earlier this year, called the Silver Lake Waterman Fund, which will be a $75 million vehicle based in California. It was also reported, earlier, by LBOWire, that the investment firm’s Silver Lake Kraftwerk fund had raised $350 million toward its first vehicle. Finally, there is also the PE firm’s Silver Lake Sumeru fund, a middle market vehicle.

The three prior Silver Lake Partners funds were for approximately $2.3 billion, $3.6 billion, and then, as the height of the buyout boom approached, the PE shop reeled in nearly $10 billion for its third vehicle (it closed in 2007), according to Thomson Reuters data.

It isn’t exactly easy to tell what Silver Lake is still backing—more than a year ago, the PE shop dealt its stake in e-messenger Skype to Microsoft in a deal that reaped a huge haul (but it’s still listed as an asset at their site). Also still listed as ongoing investments for Silver Lake are Groupon and Zynga, although both have gone public and, in Groupon’s case, its IPO lockup for early investors has already passed. Silver Lake exited some of its holding in Zynga when that company’s secondary offering took place earlier this spring.

Despite the fact that so many PE firms have gone public and flopped, the tea leaves might suggest that Silver Lake GPs could ready the firm for an IPO of its own. Like prior LBO shops that have found their way to public listings, Silver Lake counts CalPERS among its investors—and, judging by a comparison of its third and fourth funds’ leadership rosters, its senior ranks are growing.