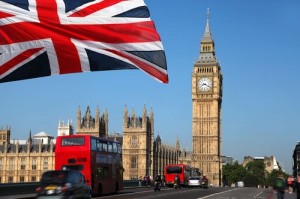 Some of Canada’s top pension funds, among the world’s biggest investors in British real estate and infrastructure, are holding back on U.K. deals until after Britons vote on whether to leave the European Union, according to senior executives.

These funds, which together manage more than $700 billion (US$524 billion) in assets, fear valuations could drop if Britain chooses to leave the bloc and have particular concerns about the impact on London’s financial district, the executives said.

There is no precedent for an economy as big as Britain’s leaving a trade bloc, and the rival campaigns paint contrasting pictures of what quitting the E.U. might mean for its trade.

Pro-Europe campaigners say banks and other financial institutions could pull operations out of the City of London if they cannot access critical E.U. markets.

An executive at one of Canada’s biggest public pension funds, who spoke off the record due to the sensitivity of the issue, said the risks posed by the June 23 vote were part of the reason it passed on a recent deal for an office property in London’s financial district.

“London is the financial center of Europe, but if that changes, the whole trajectory is different. That’s become a factor in our thinking,” he said.

The retreat by Canadian investors could be harmful to the British economy and raises questions about whether other international investors will also lose their appetite for U.K. assets.

Canadian institutions have been the second biggest international investors in U.K. real estate over the past three years, with direct investments peaking in 2015. They are also prominent infrastructure investors.

The Canada Pension Plan Investment Board (CPPIB), which manages money for the country’s main government pension fund, had $15.2 billion invested in Britain at the end of March 2015, almost 6 percent of its assets at that time.

Fund executives say they will still pursue exceptional one-off opportunities, pointing to the recent purchase of London City Airport by a group including three Canadian funds. But they note a stringent criteria would be applied to take into account the so-called Brexit risk, which would affect pricing.

“We’d want to go through what the different potential scenarios are – how the situations might evolve from a political, regulatory and economic perspective,” an executive at one of Canada’s top three pension funds said.

London City Airport was bought by a consortium including the Ontario Teachers’ Pension Plan (OTPP), the Ontario Municipal Employees Retirement System (OMERS) and the Alberta Investment Management Corp (AIMCo) for more than 2 billion pounds (US$2.82 billion).

AIMCo Chief Executive Kevin Uebelein, speaking to Reuters after the deal was announced, said that Brexit concerns were taken into account when negotiating.

“The prospect of Brexit was not unknown to us as we crunched those numbers. You factor those things into your investments,” he said.

Jonathan Simmons, chief financial officer at OMERS, which owns the high-speed rail link between London and the Channel Tunnel in partnership with (OTPP), said last month his fund was looking at how it can offset the risk to its UK holdings.

“We’re focused on what’s going on right now around Brexit, and of course we are monitoring that and we’re thinking about how we hedge our positions,” Simmons told a media briefing.

Brexit is not the only factor weighing on the market for London real estate.