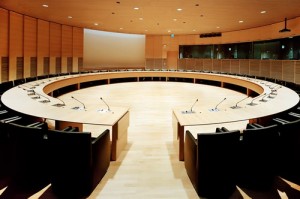 MCW Energy Group Ltd. has named Sergey Grechishkin to its board of directors, replacing Martin J. Doane. Grechishkin is chairman of the investment committee of Redline Capital Management S.A., and previously headed up the private equity, sales and trading retail brokerage operations of Russia’s KIT Finance Group.  MCW Energy is a Toronto-based holding company involved in fuel distribution and the creation of oil sands recovery technology.

TORONTO, ONTARIO–(Marketwired – July 17, 2013) – MCW Energy Group Limited (TSX VENTURE:MCW) (“MCW”), a Canadian holding company involved in fuel distribution and the creation of oil sands recovery technology, is pleased to announce that Sergey Grechishkin, Chairman of the Investment Committee of Redline Capital Management S.A., has joined its board of directors to replace Martin J. Doane who has resigned to focus on his other business responsibilities.

Based in London, England, Mr. Grechishkin has a wealth of experience in the international equity funds and capital markets sectors, most recently as the Founder and CEO of Alcantara Asset Management, a London‐based company engaged in emerging market income opportunities, where two major funds were launched raising over US$100 million, and as the Chairman of the Investment Committee of Redline Capital Management S.A. Prior to that, he was the President, Head of the Investment Bank and Member of the Board of the KIT Finance Group, Moscow, Russia, heading up a team of 250 professionals operating the private equity, sales and trading retail brokerage divisions of the firm for over five years. His experience also includes the Head of Capital Markets for CIS for Merrill Lynch, London, UK where he was responsible for the operations of the CIS Capital Markets origination team, as well as overseeing of the execution, structuring and execution of the debt business strategies. He assisted in the origination of ten capital market mandates including bonds, acquisition of finances, equity‐linked financing and dual currency instruments. He was also Head of Debt Capital Markets for Russia for J.P. Morgan, London, UK. He is fluent in Russian, English, Mandarin and French.

Mr. Grechishkin possesses an MBA Degree from INSEAD, Fontainebleau, France, and an MS Honours Degree from St. Petersburg State University, Russia in Chinese Studies. Mr. Alexander Blyumkin, Chairman of the Board of MCW stated, “We’re extremely pleased to add Mr. Grechishkin and his extensive international experience in capital markets, equity financing and investment funding to our Board of Directors.”

About MCW Energy Group Limited:
MCW Energy Group Limited, is focused on value creation as (i) a distributor of gasoline and diesel fuels to service stations in Southern California for over 72 years, having revenue in the fiscal year ending August 31, 2011, of US$241.5 million, most recently reported having revenue of US$363.3 million for the fiscal year ending August 31, 2012, and (ii) as a developer of proprietary technology for the extraction of oil from oil sands at its first field in the Uinta Basin of Utah, USA. MCW’s management team is comprised of individuals who have extensive knowledge in both conventional and unconventional oil and gas projects and production, as well as refinery and fuel distribution experience.