On balance, PE investment stood at $14.9 billion in the first half of 2019. While this is down 19 percent from a year earlier, H1 2019 was the second most dollars-intensive first half on record. Deal volumes were up 8 percent year over year.

Canadian buyout and related private equity deal values rebounded from a sluggish first quarter in Q2, with $9.3 billion invested across 103 deals. This figure was up 66% from the previous quarter’s deal values, and 9% year-over-year. However, the $14.9 billion figure over the full six months was still down 19% from H1 2018. Deal volumes in the half of 196 were up 8% during the same period.

Buyout and related exit volumes remained low through the second quarter, with only 17 exits occurring throughout the three months. Despite this decline in volumes, a number of these were sizeable transactions, with three exits crossing the $1 billion threshold.

Landing in the top deal spot for the first half was the announced $5 billion acquisition of airline operator WestJet by Onex in May, with an expected close in the second half of 2019 or early 2020. Ranking second was the $1.7 billion formation of midstream infrastructure platform SemCAMS with investment by backers SemGroup and KKR. Coming in third was Brookfield’s sale of its facilities management division, BGIS, to CCMP Capital Advisors for $1.3 billion, which was announced in March.

Private Investment in Public Equities (PIPE) transactions fell to only 7% of all deals in H1, half of their 14% share throughout 2018. Mezzanine/Bridge Loan transactions were up to 14% in the period, from 10% in 2018 and nearly triple their 5% share from three years ago.

United States-based firm involvement dipped slightly in the first half of 2019, down to 29% from 30% throughout the entirety of 2018. Canadian investors participated in just 72% of all Canadian PE buyout deals in H1 2019, down from an 80% participation rate just five years ago.

Calgary-based companies dominated the city rankings in the first half of 2019, with half of the top 10 occurring within its borders and 58% of overall deal values thank to these mega-deals, including the $5 billion WestJet takeover. While Montréal-area companies did not take in the most capital, they did see 46 investments during the half, the most active among all Canadian cities. Québec, with 88 deals overall, saw the largest proportion of any province, at 45% of all PE dealmaking. This mostly came at the expense of Ontario, which had a 27% share of dealmaking in H1, well below its recent averages.

Canada Pension Plan Investment Board, as usual, participated in many of the largest deals located outside of Canada but featuring Canadian investors, including the top four deals in the first half. These included the $14.8 billion deal to acquire Ultimate Software of Weston, FL, along with the $9.8 billion deal to purchase entertainment attractions operator Merlin Entertainments. They were also involved in the sale of Williams Cos pipeline assets in the Marcellus and Utica shale basins of Tulsa, OK, in a $5.1 billion deal; as well as in London, UK-based provider of inflight broadband, Inmarsat, which secured $4.5 billion. 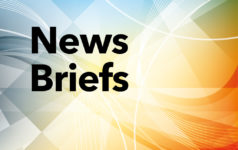 News Briefs 3 hours ago
Added to your Saved Articles
Loading
Unsave Article
Please confirm you would like to remove this article from your saved articles.
Share with other subscribers
Only logged in subscribers of this site will be able to access the shared article.