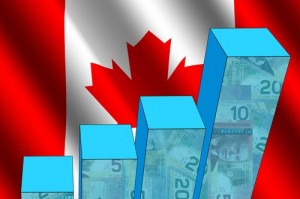 Canada’s Prime Minister Stephen Harper announced a new federal initiative to improve access to venture capital investments for high-growth innovative companies. Totaling C$400 million, the Venture Capital Action Plan will include a C$250 million privately managed fund of funds, which will make commitments to venture capital funds in partnership with corporate and institutional investors, and interested provincial governments. Another C$150 million will be ear-marked for recapitalizing existing funds of funds and making direct commitments to leading funds. The plan’s combined capital is to be deployed over the next seven to 10 years.

Prime Minister Stephen Harper today announced the Government’s Venture Capital Action Plan to improve access to venture capital financing by high-growth companies so that they have the capital they need to create jobs and growth. “Our Government understands that Canada’s long-term economic competitiveness in the emerging knowledge economy needs to be driven by globally competitive, high-growth businesses that innovate and create high-quality jobs,” said Prime Minister Harper. “We will provide the resources needed to put
Canada’s venture capital industry on the path to sustainability and ensure Canada’s high-potential firms have the resources they need to succeed.”

Over the summer, the Government conducted extensive consultations with key stakeholders on how to structure this support and on how to ensure that the support contributes to the creation of a sustainable, private sector-led venture capital sector in Canada.

Based on the results of the consultations, the Government will pursue a comprehensive action plan for deploying the $400 million in new capital over the next seven to ten years. The Government’s approach recognizes the need to demonstrate that Canada’s innovative firms represent superior return opportunities, and that private sector investment and decision-making is central to long-term success. With this in mind, the Venture Capital Action Plan will make available:

•Up to $100 million to recapitalize existing large private sector-led funds of funds, in partnership with willing provinces; and,

•An aggregate investment of up to $50 million in three to five existing high-performing venture capital funds in Canada.
In addition, the Venture Capital Action Plan will promote a vibrant venture capital environment in Canada rooted in a strong entrepreneurial culture and well-established networks that link investors to innovative companies.

The Government is currently asking potential investors to signal their interest in co-investing in new or existing funds of funds. Please indicate your interest by February 8, 2013, at VentureCapital-CapitaldeRisque@fin.gc.ca. The Government is not accepting proposals for investment in individual firms.