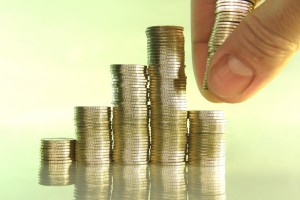 A stock market rally and record-low interest rates have buoyed the value of private equity fund assets and prompted buyout firms to exit investments and return capital to their investors.

While Carlyle has been divesting assets, in what is referred to in private equity as realizations, it did not surpass the asset sales leading up to its initial public offering in May 2012.

“We’ve been on a realization mode in the last two years, having realized $33 billion … As I look at the relatively near term, we do think our distributable earnings will be relatively flat,” Carlyle’s co-founder and co-chief executive, William Conway, told analysts on a conference call.

Carlyle shares slumped 3.2 percent to $31.18 in afternoon trading. Through Wednesday they were up 23.7 percent this year, compared with rises of 44 percent for peer Blackstone Group LP (BX.N), 38.7 percent for KKR & Co LP (KKR.N) and 55.2 percent for Apollo Global Management LLC (APO.N).

Carlyle’s 2012 fourth-quarter earnings also failed to impress stock market investors as the private equity firm reaffirmed its conservative approach to sharing with its shareholders “carried interest” – the slice of the profits from its investment funds the firm is eligible to receive.

If Carlyle’s deals underperform an investment return hurdle that has been agreed with private equity fund investors, the firm may have to return carried interest to the investors, a move known in the industry as “claw-back.”

Washington D.C.-based Carlyle said first-quarter economic net income, a measure of profitability that takes into account the market value of assets, was $394 million, compared with $392 million a year earlier. Its portfolio appreciated by 7 percent during the quarter.

On a post-tax basis, this translated into $1.02 per adjusted unit, beating analysts’ average forecast of 94 cents in a Thomson Reuters poll.

Distributable earnings, however, which includes both management fees and performance fees and shows cash available to pay dividends, was $168 million on a pre-tax basis, down 6 percent. This led to a distribution of 47 cents per unit.

Blackstone reported a 134 percent rise in first-quarter distributable earnings to $379 million, while KKR posted a 77 percent rise to $290.6 million.

Carlyle had a very strong year of asset sales in 2011, when capital markets were much weaker and some of it peers held on to their holdings, a fact that it touted to potential shareholders as it marketed its IPO. It reported distributable earnings of $864.4 million in 2011 and $687.9 million in 2012.

All these deals reflect returns of between two and seven times Carlyle’s investors’ money, Conway said.

Carlyle also took advantage of bullish debt markets in the first quarter to offload about $950 million of debt assets in its buyout, mezzanine, distressed and real estate funds, he said.

Founded in 1987 by Conway, David Rubenstein and Daniel D’Aniello and rooted in private equity, Carlyle in recent years has expanded in other alternative asset classes, including corporate credit, hedge funds and real estate.

Rubenstein said on the same conference call that Carlyle’s latest flagship U.S. buyout fund, whose investment period kicks off in June, had raised $7.1 billion so far, would likely reach $9 billion in the second quarter, and could exceed its target of $10 billion this year.

Carlyle is also moving toward securing its first commitments from investors for its latest European buyout fund, and has secured $1.5 billion toward its latest $3.5 billion Asian buyout fund, while its fund-of-funds subsidiary AlpInvest is close to raising a $4.6 billion fund to invest in stakes in other private equity funds, Rubenstein said. Carlyle is currently raising 13 funds in total.

Carlyle has recently made efforts to expand its pool of high-net-worth investors. It launched Carlyle GMS Finance Inc, a private business development company to lend to U.S. companies, and a fund-of-funds that allows qualified investors to put money into Carlyle private equity funds with as little as $50,000.

Following Carlyle’s takeover of commodities-trading hedge fund manager Vermillion Asset Management LLC and energy-focused buyout firm NGP Energy Capital Management LLC, Rubenstein said his firm was working on how to further expand its investment platform, but would not give details.

“If you have any good ideas, just email us — david.rubenstein@carlyle.com,” Conway told analysts on the call.