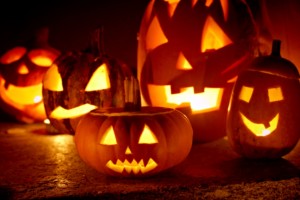 What’s spooking you heading into Halloween weekend, hubsters? I don’t know about you, but I’ve been hearing that busted processes are ramping up.

With the supply of deals coming to market over the last several months extremely robust, buyers, although flush with dry powder, have become more intentional about where they park their money. Hence, some sources tell me that more processes are failing to get a lot of traction, particularly when sellers have unrealistic value expectations and market massive covid adjustments that can’t be supported.

“In the last month, we’ve started to see those cracks [in the market] with bankers giving us calls back as more processes are starting to weaken,” one investor said recently.
On the flip side, if you’re a well-run and strong performing company with great growth prospects, you’ve got a lot going for you: “The biggest reason you’ve seen prices go up — scarcity of quality,” one senior banker told me.

In healthcare services, I’m told buyers are looking more diligently at same store volume and revenue growth. In one recent process for an optometry business of scale, one source said that, in addition to overstated “seller-friendly” EBITDA add-backs, same-clinic eye exam performance was declining at a rate that was materially shrinking core EBITDA from month to month. With smaller, shrinking core EBITDA, debt was not financeable and the buyer terminated deal discussions.

Elsewhere, growth via rapid add-on M&A is causing some buyers to pass. In more than one recent situation, sources said acquirers took pause after looking under the hood and finding an amalgamation of disparate assets and not an integrated platform of scale.

Another trend we’re witnessing when buyers and sellers can’t come to terms on value? Sellers shelving their sale processes, pivoting, and going after a continuation fund.

What’s giving you the deal jitters these days? Write to me at springle@buyoutsinsider.com.

On the horizon: Linden Capital Partners is preparing a sale of Evolution Research Group, which as one of the nation’s largest networks of independent clinical research sites is known for its leading work in neuroscience and other specialized populations, multiple people familiar with the firm’s plans told PE hub.

Harris Williams has been engaged to advise on the upcoming process, which is likely to launch in early 2022, the people said.

Financial terms weren’t disclosed, but Bloomberg wrote in June that sale that could value the food processing and packaging equipment company at more than $4 billion. Read our brief on the deal.

That’s it for me! Have a great weekend, and as always, write to me at springle@buyoutsinsider.com with any tips, gossip or feedback.