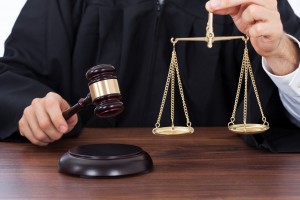 The Carlyle Group’s $115 million settlement of a lawsuit that alleged that it colluded with other buyout shops to depress deal prices will be paid through a combination of Carlyle Partners IV fund capital, insurance, balance sheet capital, and contributions from some employees of the firm, an industry source told Buyouts.

It is unclear how much of the settlement will come directly from Fund IV, which would come at the expense of the fund’s investors. Materials released in advance of the New Mexico State Investment Council’s Sept. 23 meeting indicated that the state may have a “limited amount of exposure” to Carlyle Group’s settlement costs, citing a presentation from the council’s investment staff.

New Mexico spokesman Charles Wollman said that he could not elaborate on the contents of the presentation.

The lawsuit accused seven firms of consipring to not outbid each other on eight separate deals in order to reduce prices. The alleged collusion involving Carlyle Group, Bain Capital, The Blackstone Group, Goldman Sachs, Kohlberg Kravis Roberts & Co, Silver Lake and TPG Capital created an environment in which companies were sold for lower prices than what they would have commanded had the deal environment been more competitive, according to the lawsuit.

Carlyle Group was the last of the seven firms to settle in the case. None of the firms admitted to wrongdoing in their settlements, which totaled $590.5 million. The payments go to the shareholders of the target companies named in the suit.

Limited partnership agreements between investors and fund sponsors typically require the fund to cover losses and expenses related to portfolio company lawsuits absent fraud, willful misconduct or gross negligence by the sponsor, according to Ken Muller, a partner at law firm Morrison & Foerster. However, sponsors often carry professional liability insurance to cover at least some of the costs associated with litigation against the sponsor or fund; a firm of Carlyle Group’s size might easily have $50 million to $100 million of such coverage, Muller said.

At its discretion, the sponsor and its employees could offer to cover some or all of the litigation costs in the interest of ongoing LP relations, Muller said. It is not clear if Carlyle Group and its employees are voluntarily absorbing some of the costs or whether they are doing so as investors themselves in the fund.

On Sept. 19, Chris McDonough, director at the New Jersey Division of Investment, indicated that the collusion lawsuit settlement payments would likely come from some combination of insurance, fund capital and balance sheet capital.

“We’re hoping they do the right thing,” McDonough told Buyouts, suggesting he would like the affected firms to pay the settlement costs. That said, he added, “if you were an LP in (these funds), you may have benefited from” the alleged collusion. “How bad can you feel about the fund(s) paying this?”