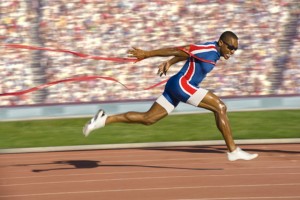 The Carlyle Group is moving closer to wrapping up its debut international energy fund at its $2.5 billion hard cap, which would make the fund the largest debut effort in the firm’s history, Carlyle co-CEO David Rubenstein said during the firm’s third quarter earnings call Wednesday.

Carlyle International Energy Partners, which launched in May 2013, is earmarked for investments in companies located outside North America working in oil and gas exploration, production, refining, marketing and energy services, Buyouts previously reported.

[contextly_sidebar id=”9XnQ1s7sssCDoWaCo0aMS5emzuF5MAEs”]Along with the international fund, Carlyle-backed NGP Energy Capital Management, which has been targeting $4.5 billion for its eleventh fund since earlier this year, is heading for its hard cap.

Rubenstein said NGP Natural Resources XI “is in a position to be at the cap of $5.3 billion.” He said the fund had recently held a significant close, though he didn’t provide details on the earnings call.

Fund XI held a first close on $1.3 billion from 92 investors, according to an August filing with the U.S. Securities and Exchange Commission. NGP invests in oil and gas production, oil field services and “midstream” services, including gathering, transporting and processing.

Carlyle bought a 47.5 percent revenue interest in NGP, the former Natural Gas Partners, in 2012, Carlyle said in a statement at the time.

Outside of real assets, the firm has collected $600 million, mostly from limited partners in Japan, for its Carlyle Japan Partners III, which is targeting about $1 billion, Rubenstein said. Carlyle Europe Technology Partners III, meantime, has raised about 60 percent of its 500 million euros target, he said on the call.

“Neither will have a problem” getting to their target, Rubenstein said.

Carlyle also closed its fourth Asia fund at $3.9 billion, more than 50 percent bigger than the predecessor.

Overall, the firm raised $6.5 billion in capital in the third quarter across all business segments, and $23.2 billion over the last 12 months, according to Carlyle’s third quarter earnings report. The firm continues to see strong LP demand for products, including from investors in Asia, Rubenstein said.

“One-third of new capital in the third quarter was from Asia,” he said.

Private equity fundraising “is still below the 2007 peak” so Carlyle could “still raise significant sums even more than we raised now and still be below our peak year,” Rubenstein said. In 2007, LPs were “shoveling money to people like us,” he said. The markets are steadily “moving back toward that level.”