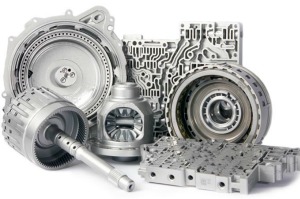 (Reuters) – Private equity firm Carlyle Group LP is looking to sell auto parts supplier Metaldyne and hopes to fetch as much as $1 billion as it cashes in on a strong recovery in vehicle production volumes, according to people familiar with the matter.

The potential sale of Metaldyne could prove a strong win for Carlyle almost three years after the auto supplier filed for Chapter 11 bankruptcy protection as it struggled with high debt and a severe slump in vehicle production volumes in North America.

Carlyle, which led an investment group that acquired Metaldyne assets out of bankruptcy in late 2009, has chosen Bank of America Merrill Lynch to advise on a possible sale of Metaldyne after interviewing investment banks in February, according to the sources.

The Plymouth, Michigan-based supplier is projected to have about $150 million to $160 million in earnings before interest, tax, depreciation and amortization (EBITDA) in 2012 and could be sold for about six times EBITDA, they said.

Metaldyne is among several automotive assets that have gone on the auction block over the past year as hedge funds, distressed investors and private equity firms that snapped up assets during the industry recession look to take advantage of improving vehicle production in North America.

The company has about $1 billion in annual revenue and more than 4,000 employees. Its customers include all major automakers including General Motors Co, Ford Motor Co, Chrysler Group LLC and BMW AG.

Carlyle is expected to start the sale process for Metaldyne in the next several weeks and could receive interest from private equity firms as well as trade buyers, according to people familiar with the matter.

Auto sales rose about 13 percent in March, rounding out the best quarter for vehicle sales since 2008 and raising the prospect that major automakers would have to scramble to boost production and lift full-year sales forecasts.

The auto industry has been in a slow, sporadic recovery for the past two years, and the March data suggested the pace of the recovery is gathering steam, bolstered by the need for customers to replace aging clunkers amid rising gasoline prices, and improved consumer confidence in the wake of a stabilizing job market.

Representatives for Carlyle declined to comment. Metaldyne and Bank of America Merrill Lynch did not have immediate comment.