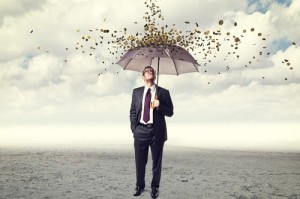 Canadian private equity firm Catalyst Capital Group has raised over $2 billion (US$1.5 billion) of committed capital in the close of its fifth distressed-for-control fund. Catalyst Fund LP V exceeded its target of US$1.25 billion, and its hard cap of US$1.5 billion, with the help of pension funds, endowments, foundations and other institutional investors located in North America, Europe and Asia. Toronto-based Catalyst, which was founded in 2002, specializes in control and influence investments in distressed and under-valued Canadian situations. Deploying over 90 percent of its capital in senior secured debt, it has backed such companies as Advantage Rent A Car, Callidus Capital and Mobilicity.

TORONTO, Oct. 13, 2015 /CNW/ – The Catalyst Capital Group Inc. (“Catalyst”), a leader in distressed for control investing, has received more than US$1.5 billion (CAD$2.0 billion) in capital commitments to its most recent fund, Catalyst Fund Limited Partnership V (“Fund V”), surpassing its target of US$1.25 billion and its hard cap of US$1.5 billion.

Catalyst, Canada’s second-largest private equity investment management firm, specializes in control and influence investments in distressed and under-valued Canadian situations. Since inception in 2002, Catalyst has generated exceptional returns with more than 90% of its capital deployed in senior secured debt and, aside from a single trading loss in its second fund, has not experienced a loss of principal capital in the last ten years.

“We are deeply gratified by the confidence in Catalyst demonstrated by our limited partners,” said Newton Glassman, Managing Partner of Catalyst. “Fund V took less than six months of active marketing, and was oversubscribed like all our prior funds, which highlights the performance of the Catalyst team, and the benefits to investors of our unique structure.”

“Catalyst is well-positioned to execute on the growing pipeline of investment opportunities that we have been cultivating,” added Gabriel de Alba, Managing Director and Partner.

Catalyst funds experience attractive j-curve mitigation by virtue of the firm’s connection and relationship with Callidus Capital Corporation (TSX: CBL), a Canadian company that specializes in innovative and creative financing solutions for companies that are unable to obtain adequate financing from conventional lending institutions. Callidus is continuing to develop its market presence and being broadly viewed as the preeminent senior secured asset-based lender to primarily growth and distressed companies in Canada.

“We expect Callidus to follow the same path of success that Catalyst has experienced since its inception in 2002,” said Mr. Glassman. “Callidus is fundamental to Catalyst’s long-term strategy.”

The Catalyst Capital Group Inc., a private equity investment firm founded in June 2002, is a leader in distressed-for control investing. The firm’s mandate is to manufacture risk adjusted returns, in keeping with its philosophy of “we buy what we can build.” Catalyst’s Guiding Principles of investment excellence through superior analytics, attention to detail, intellectual curiosity, team and reputation are key to the firm’s success. The Catalyst team collectively possesses more than 110 years of experience in restructuring, credit markets and merchant and investment banking in both Canada and the United States.