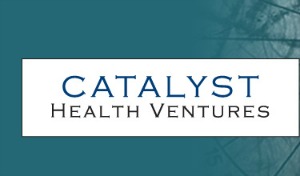 With more and more VC firms going late stage in hopes of netting big returns for LPs, it has been a rarity to see a venture capital firm in 2012 trying to raise capital to support an early stage biotech and life sci fund. In fact, it is exceedingly rare to see one succeeding.

But, about halfway to a target of around $60 million, what you see is what you get with Catalyst Health Ventures, the Massachusetts venture capital firm that does early stage deals primarily in the Northeast.

Already $33 million raised en route to a $60 million fund, multiple sources said the VC is inclined to pick deals in rounds from seed stage all the way up to the C-round.

“It tends to be very capital intensive,” one source familiar with the VC’s strategy told peHUB. “We’re focused on getting our companies to improve value on really low amounts of capital. And once we are in a company, we usually stick with it.”

On average, the VC will spend about $5 million per company. One source said its LPs tend to be family offices, and that for its next fund, the VC will focus on deals to lower the cost of treatment while improving patient outcomes.

Already, outcomes are improving for Catalyst Health Ventures (specifics on the VC’s past investments were not available in aggregate).

While a multi-round investment strategy for a handful of life science and biotech startups might sound risky, later exits have their payoffs: Vortex Medical, which was acquired last month by AngioDynamics, generated the VC a 7x return on $3.5 million invested. The company was acquired for $55 million.