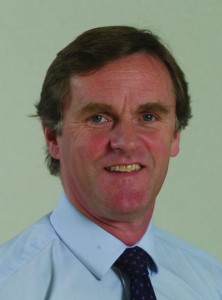 The fund will invest predominantly in the power sector and will seek selective investment opportunities in transport, telecoms and energy. It expects to invest a significant proportion of its commitments in development-stage investments, as well as in greenfield projects and mobile power generation.

The CDC assets being ceded to the fund comprise CDC’s sub-Saharan power assets, which were held through its subsidiary Globeleq, including Songas in Tanzania – an integrated gas-to-electricity project managed by Globeleq; Tsavo in Kenya, an interest in a power plant near Mombassa consisting of heavy fuel oil turbines; Azito in Cote d’Ivoire, a natural fired gas generation plant; and Umeme in Uganda, which is managed by Globeleq Generation and operates an electricity distribution network in the country. These CDC investments have been managed by Actis since January 2003.

Since 2004 CDC has only been investing in private equity funds and other funds or in co-investments alongside its fund managers. Prior to this and before CDC’s restructuring in 2004, when Actis was spun out of the firm, CDC made direct investments. These old investments, which included the Globeleq assets now being ceded to the AI2 Fund, were managed by Actis.

The Actis Infrastructure Fund 2 will be led by Mike Till and Torbjorn Caesar.

Commenting on CDC’s commitment, Richard Laing, chief executive of CDC, said: “The fund has an attractive pipeline of new investment opportunities with an emphasis on greenfield power generation in Africa, Asia and Latin America and mobile power generation in sub-Saharan Africa where many countries are suffering from acute electricity shortages.

“We believe that profitable investments in infrastructure are fundamental to creating wealth, thereby alleviating poverty in growing economies, as well as providing the opportunity for attractive returns and reinvestment.”

CDC is a government-owned fund of funds with net assets of £2bn. It uses its own balance sheet to invest in private equity funds focused on the emerging markets of Asia, Africa and Latin America, with particular emphasis on South Asia and sub-Saharan Africa.