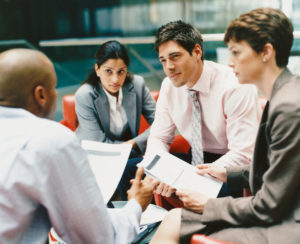 I don’t often get to work alongside secondaries scoopster Chris Witkowsky, but today we’ve got a big two-parter for ya.

Less than three years after acquiring Sevitas (then called Civitas) through a take-private transaction, Centerbridge Partners and Vistria Group are looking to sell a sizable minority stake in the provider of home- and community-based care for complex populations, multiple sources with knowledge of the process told us.
Off the back of the stake sale, and once a value for the company is set, a secondaries process will start. This process has yet to fully ramp up, but sources said both Centerbridge and Vistria plan to remain investors in Sevita through a continuation fund on a pro-rata basis.

This playbook is becoming increasingly common across the private equity sphere, with several recent single-asset secondaries deals having had their valuations set by earlier minority stake sales. This is considered a strong mechanism because it gives the asset value market validation, as opposed to hiring one or more external firms to provide fair value assessments.

In this case, the company’s estimated 2021 EBITDA is around $300 million and sources expect the minority sale to value Sevita north of 10x EBITDA. That would suggest a transaction ultimately values Sevita in excess of $3 billion — more than double its $1.4 billion enterprise value at the time of its public-to-private deal, which closed in March 2019.

“In the minority [sale] process, what the actual buyers want, that sort of drives how big the continuation fund is,” one of the secondaries sources said.

It’s also worth noting the strong relationship Centerbridge and Vistria have built, partnering again about a year ago to acquire a majority stake in Help at Home, another company focused on providing care for some of the nation’s most in-need populations — seniors and persons with disabilities. This deal was valued at $1.4 billion, sources told PE Hub.

Check out PE Hub’s full report on Sevita for all the deets.

That’s it for me today. As always, reach me at springle@buyoutsinsider.com with tips, the Drama, feedback or anything else!