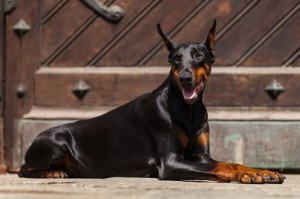 Centerplate’s board said it has completed an internal investigation and reviewed the incident of animal cruelty by Hague. The board has given Hague a written censure and placed him on indefinite probation. Any further acts of misconduct will result in Hague’s immediate termination, the board said.

The censure stems from an incident that occurred last month. Hague was walking a dog for a friend, a source said. The dog, called “Sade,” jerked its leash and caused Hague’s finger to be dislocated, the person said. Hague became very upset and his reaction was caught on a security camera. The video shows Hague repeatedly kicking the puppy, which is cowering. The video of the event took place on July 27 at the Private Residences at Hotel Georgia in downtown Vancouver, according to press reports.

An unidentified complainant, who claimed to be “concerned,” sent a video of the event to the British Columbia Society for the Prevention to Cruelty to Animals, last week, said Lorie Chortyk, a BC SPCA spokeswoman. The video prompted the BC SPCA, which is charged with protecting domestic, farm and wild animals, to obtain a search warrant. The agency picked Sade up on Aug. 20 from the owner’s apartment, Chortyk said. “We had some concerns about the actual conditions that the dog was being kept in the apartment,” she said. Chortyk declined to discuss the living conditions the SPCA found Sade in until charges have been formally filed against Hague.

A veterinarian has checked Sade out, Chortyk said. “The dog is great and she is in our care,” she said.

Hague has reportedly apologized. According to a statement obtained by the Vancouver Sun, Hague said he was “ashamed and deeply embarrassed by the incident.” Hague said a “minor frustration with a friend’s pet” caused him to lose control, the story said.

Centerplate said Monday that Hague will donate $100,000 toward the establishment of the Sade Foundation. He also will perform 1,000 hours of community service for an organization that protects animals. Centerplate said it is also contributing a portion of its sales to the Sade Foundation. But Hague will be personally responsible for any charges and fines related to the abuse incident.

Enough?
It is unclear if Centerplate’s actions are enough to stem the public outcry. Some have demanded a boycott of Centerplate, Hague has received numerous death threats and there have been calls to oust him as Centerplate’s CEO. There’s even a petition on Change.org demanding that Centerplate fire Hague. So far, nearly 11,000 people have signed it.

Having an alleged dog abuser on the payroll isn’t the best PR for a private equity firm. Dog cruelty is a pretty serious issue that doesn’t go away. Mitt Romney, the founder of Bain Capital who ran for president in 2012, never seemed to escape the “dog-on-the-car-roof” story. (Seamus, a family dog, got sick after riding on the roof of Romney’s station wagon during a 12-hour vacation trip in 1983.)

One LP, claiming never to have had to deal with a situation like Hague’s, said there are agreements between employers, PE funds and portfolio companies. These agreements allow companies to fire a CEO for certain things such as breaking the law or doing something that harms the reputation of the company. The CEO also could give up any carried interest he might get, the LP said. “I don’t know how I would react in terms of pushing a PE fund to do this. Just looking at some of these headlines, it is enough to truly hurt the reputation of the company but nothing I have any expertise in whatsoever.”

A second LP was much more blunt. “The PE firm should fire [Hague],” the second investor said. Hague should also lose any carry or incentive comp, the source said. If the PE firm does not oust Hague, then the LPs should move against the GP and inform the SEC, the second LP said.

Opinions vary on what to do with misbehaving execs