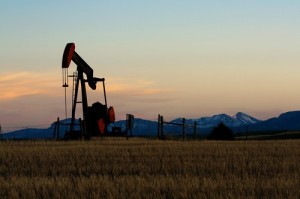 Cequence Energy Ltd., a Calgary-based company focused on the exploration, development and production of natural gas and crude oil, has entered into an agreement to transfer property and issue equity to Donnybrook Energy Inc. to acquire the latter’s energy interests in the Simonette and Resthaven regions of Alberta. The total value of the transaction is estimated at about C$23 million. Cequence is currently a portfolio company of Canadian private equity firms ARC Financial Corp. and KERN Partners.

February 25, 2013, CALGARY, ALBERTA – Cequence Energy Ltd. (“Cequence”) (TSX: CQE) is pleased to announce that it has entered into agreements with Donnybrook Energy Inc. (“Donnybrook”) (TSX: DEI) pursuant to which Cequence has agreed to acquire Donnybrook’s interests in its oil and gas properties located in the Simonette and Resthaven areas of Alberta (the “Donnybrook Assets”). As consideration for the assets, Cequence will transfer its interest in its non-operated oil and gas properties located in the Fir area (the “Non-core Assets”), and issue an aggregate of 10,300,000 Cequence common shares to Donnybrook, which shares will be distributed to the Donnybrook shareholders, representing aggregate consideration to Donnybrook of approximately $23 million. Cequence believes that this expansion and consolidation of its contiguous Montney land position at Simonette has significant present and future economic and strategic value.

Cequence is also pleased to announce the results of its recent drilling at Simonette/Resthaven.

Assets Being Acquired From Donnybrook

Cequence is acquiring 720 mboe of proved reserves and 1,407 mboe of proved and probable reserves with a net present value estimated at $12 million, based on the December 31, 2011 GLJ reserves report of Cequence. Based on the closing price of the Cequence common shares on February 22, 2012, the value attributed to the land acquired is $11 million or approximately $2,200 per hectare.

The acquisition will increase Cequence’s holdings at Simonette/Resthaven to 96 gross (89 net) Montney sections. The Donnybrook Assets increase Cequence’s working interest to 100% in several sections of land immediately adjacent to the Company’s recent Montney drilling activity. As a 100% working interest owner in substantially all of its Simonette Montney landbase, Cequence will control the pace of future development with no limitations arising from section boundaries or partner interests. Cequence management has identified approximately 70 future net potential horizontal locations that can be added to its existing Montney drilling inventory.

A land map of Cequence’s holdings at Simonette, showing the location of Donnybrook Assets, has been posted to Cequence’s website at www.cequence-energy.com.

Cequence recently completed a well located at 2-6-61-26W5. The well was drilled to a final measured depth of 5,136 meters in the Falher formation including approximately 2,086 meters of horizontal section. Eighteen 50 tonne fracs were successfully placed using a frac port system. The well flowed on clean-up for 52 hours at a final rate of 13.1 mmcf/d plus liquids with 2,005 psi flowing casing pressure This is the final well drilled in the Resthaven farm-in whereby Cequence earned a 65% working interest in nine sections of land prospective for Falher and Dunvegan natural gas and liquids. The 2-6 well is approximately 2.5 miles south of the Company’s previously announced discovery well at 16-18 and further validates the potential for as many as 30 net locations at Simonette/Resthaven. Well costs to drill and complete the 2-6 well are estimated to be approximately $7.1 million.

The first three wells completed as part of the 2013 drilling program have tested at an aggregate 42.4 mmcfd plus liquids from three separate formations including the Montney, Dunvegan and Falher formations. Two additional Montney wells in Simonette and a Wilrich well in Ansell are expected to be
completed before spring break-up.

The Arrangement will be effected pursuant to the provisions of the Business Corporations Act (Alberta). Completion of the transaction is expected to occur in mid April 2013 and is subject to the satisfaction of several conditions, including receipt of the applicable court, stock exchange and regulatory approvals as well as the approval by not less than 66 ⅔% of the Donnybrook shareholders entitled to vote at a meeting of Donnybrook shareholders. In connection with such meeting, Donnybrook will prepare and mail to each Donnybrook shareholder an information circular setting forth, among other things, details of the rrangement. It is expected that Donnybrook will mail the information circular in mid-March and hold the required meeting of Donnybrook shareholders in mid-April with closing of the Arrangement and the Asset Exchange Agreement to occur shortly thereafter provided that all shareholder, court and regulatory approvals are obtained. Management and directors of Donnybrook holding approximately 12.5 percent of the issued and outstanding Donnybrook common shares have entered into support agreements pursuant to which they have agreed to vote in favour of the Arrangement.

Complete details of the Arrangement, the plan of arrangement and the Asset Exchange Agreement are available in their respective agreements which will be available for viewing at www.sedar.com.

Peters & Co. Limited is acting as financial advisor to Cequence in connection with the transaction.

Cequence is a publicly traded Canadian energy company involved in the acquisition, exploitation, exploration, development and production of natural gas and crude oil in western Canada. Further information about Cequence may be found in its continuous disclosure documents filed with Canadian securities regulators at www.sedar.com.