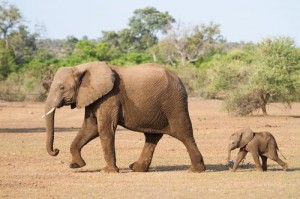 Bidders for Elephant Bar have until July 30 to submit their offers, according to an order from U.S. Bankruptcy Judge Erithe Smith in Santa Ana, California. Smith, on Tuesday, also approved an Aug. 4 auction of the company.

Elephant Bar already has an offer, in the form of a stalking horse bid, from Cerberus Business Finance, according to court documents. Cerberus is leading a group of creditors, using a $12 million credit bid, which includes the assumption of various liabilities including a debtor-in-possession loan, to buy Elephant Bar, court documents said.

Cerberus Business Finance, the mid-market lending arm of Cerberus Capital Management LP, has $12 million remaining on a $27.4 million loan to Elephant Bar and wants to use that to buy the company, according to court documents. Cerberus is listed as an Elephant Bar creditor, court documents show.

Mastodon Ventures, of Austin, Texas, an advisory firm specializing in the restaurant industry, is handling the auction, court filings said. A number of strategic and financial bidders have looked at Elephant Bar, a source said.

Who owns Elephant Bar?
Founded in 1993, Costa Mesa, California-based Elephant Bar is a casual dining chain that offers dishes with a Pan Asian flair and other recipes from around the world. The restaurant chain features menu items such as Wok-Fired Chicken Lettuce Wraps, Thai Style Tilapia and Misoyaki Salmon, as well as steaks and burgers.

Elephant Bar Global Grill/Wok Kitchen voluntarily filed in June for reorganization under Chapter 11 of the bankruptcy code. The company shut down 16 restaurants and was seeking $3.3 million in DIP financing, according to a statement from the company at the time. Elephant Bar has 29 remaining locations spread through seven states, court filings say.

Here’s some background: In 2005, during the height of the buyout boom, Saunders Karp & Megrue merged with Apax Partners in a highly publicized deal. SKM co-founder Allan Karp joined Apax and became co-CEO. Chris Reilly, an SKM partner, also joined Apax, where he was head of the U.S. consumer and retail group. A year later, both Karp and Reilly resigned, forming their namesake firm in early 2007. KarpReilly, of Greenwich, Connecticut, invests in restaurants, consumer products and building products. In January 2013, KarpReilly said it collected $360 million with two funds, including the firm’s flagship pool that closed at $210 million. The other, KarpReilly Co-Investment Fund II LP, collected about $150 million.

The Elephant Bar investment came from SKM Equity Fund III LP, which closed at $720 million in 2000, court documents show. It is unclear how much the firm invested. Chris Reilly is also listed as a creditor.