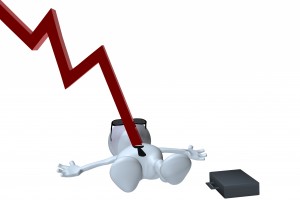 Could that crazy law of unintended consequences be playing havoc with every LP’s dream of co-investing with their favorite GPs by actually lowering IRRs? Hard to imagine, but it could be true — at least for mezzanine funds.

Let’s start off by going down memory lane. For years, mezzanine funds were known to be more collegial and cooperative than their private equity brethren. Maybe it was the fact that so many of them had similar size funds and needed to club together to meet the investment sizes needed by their borrowers. Maybe it was the fact that they discovered that sharing due diligence pre-closing, and monitoring responsibilities post-closing, led to better investment decisions. Or maybe by sharing investments, they were able to increase the diversification of their portfolios and limit the risks to their funds. Regardless of the reasons, mezzanine funds were known to share deals and information in hopes of the entire asset class getting better returns for their limited partners.

For quite some time now, private equity funds’ limited partners have seen the benefits of co-investing with the funds’ GPs and, more recently, limited partners in mezzanine funds have increasingly asked those funds for the same rights. The benefits to the LPs are well known — a chance to deploy more capital with their favorite GPs without having to pay the GPs a management fee or carried interest.

But while LPs in mezzanine funds are now also actively seeking co-investments from their mezzanine fund GPs in hopes of generating higher yields, this may actually be having the reverse affect and lowering IRRs. Today, when a mezzanine fund finds an investment that may be too big for the fund, rather than seek to club it up with other like-minded mezzanine funds, the fund now often turns to its LPs who are clamoring for these co-investment opportunities. But, and here comes the law of unintended consequences, by going to their LPs rather than sharing these same deals with their mezzanine brethren, they are increasing competition because more mezzanine funds are pursuing and bidding on the same deals that previously they had agreed to club up among themselves. And, you guessed it, with competition replacing clubbing, many mezzanine funds are forced to lower pricing to win deals over groups that they once considered their colleagues. But, and here’s the rub, the loser may actually be the LPs of the mezzanine fund since returns are sure to suffer.

So, is this the real reason that mezzanine pricing has been declining for some time and dropped considerably in the last year? Many would suggest that the popularity of unitranche loans offered by alternative lenders has necessitated that mezzanine funds lower their pricing or risk not deploying capital. But it can also be argued that when mezzanine funds cease to be collegial and are forced to become competitors so that they can appease their LPs by offering them co-investment opportunities, pricing will most definitely take a hit and could result in a lower IRR for that same LP that is trying to maximize its return on investment.