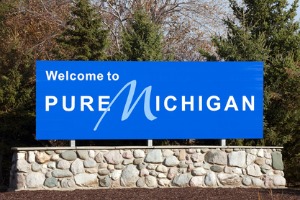 In late 2008, Christopher Rizik, a VC and an entrepreneur rolled up his sleeves and re-invented his career. In doing so, he may well have impacted the trajectory of VC and startups in Michigan. And even the neighboring state of Ohio.

Rizik, along with Business Leaders for Michigan, a non-profit CEO organization, created an upstart fund-of-funds, Renaissance Venture Fund. With Rizik acting as CEO and fund manager. The fund model was unique nationally: where there had been fund-of-funds formed by state governments to lead economic growth, Renaissance was formed with no government money and was designed with three ambitious goals: strong financial return, regional economic growth, and increased connections between the state’s most established corporations and its most promising new ones. For him, the challenges were non-trivial – raise a fund in an economically challenged climate and then invest in Michigan, where the deals are not as good as Facebook or Instagram. In fact, according to PwCMoneytree NVCA data trends, the entire Midwest only attracts ~1.5% of the total VC invested in the US.

With $45 million, the FoF was launched and invested in 10 venture capital funds, covering to date over 90 companies and a variety of industries that are relevant to Michigan. The success of the first fund led to a second Renaissance FoF, now bringing the total size to well over $100 million. The FoF has not pushed VCs to ‘open an office’ or force feet on the ground but rather take a more business case approach: each fund must have a cogent strategy for looking at Michigan technology and start-up company developments, with the carrot being access to a strong network of Michigan’s 80 largest companies willing to serve as market validators or even customers.

Of the eleven portfolio funds, several are coastal funds that do not have an office in Michigan but have dug deep and invested in local opportunities. This has ensured the flow of capital, but more importantly extended the range, vision and acumen of the local companies. While the fund is still early in its life, to date its realization events have yielded to portfolio funds a 230% return on investment. Michigan may never become Silicon Valley but here are some VCs making money. And those corporate LPs aren’t complaining either – each dollar of Renaissance investment has yielded venture capital investments of 15x into Michigan companies, moving the needle on the local economics. For Fund II, which has gained healthy traction, a local utility, insurance company, a grocery chain and a furniture company have signed up as LPs.

All this got the attention of neighboring Ohio, where Proctor & Gamble promptly committed $25 million to launching a similar Fund-of-Funds, Cintrifuse. Jeffrey Weedman, who headed Global Business at P&G, is leading the charge.

“In looking at various models that blend these two, at times opposing agendas, we think this is it” he said, speaking of Renaissance FoF model.

Besides P&G, Macy’s and other local corporations (a utility company and a hospital system) have signed up. University of Cincinnati committed $10 million as well. The overall fund could be well upwards of $100 million range. Weedman told me that he was well on his way to the first close of $50 million.

“This is a highly committed group of business and community leaders. So far, I didn’t have to use any PPM or grovel to get this money circled up” he says.

Even as the NVCA studies show, VC has also been a strong impetus for economic growth, creating a job (average pay $70,000) for every for every $38,000 of venture capital invested. VC backed companies grow revenue 50% faster than average companies and grow jobs 800% faster. 11% of US jobs and 21% of GDP come from companies that are or were venture capital funded.

According to the National Science Foundation, corporations invest as much as $233.9 billion in R&D each year (2009) while the top 300 universities invested $53 billion. (AUTM, 2009 data). With shrinking corporate R & D budgets, access to newer technologies is even more important ensuring that these giants do not turn into dinosaurs. And local economic growth can be driven by efforts to monetize some latent IP assets.

With investments doing well and notable increases in investment in Michigan taking place, Renaissance is now working hard toward its third goal – to get corporate LPs to act as ‘first customers’ for portfolio companies, helping those companies grow and providing LPs with visibility into new, cutting edge technologies.

“Done selectively and thoughtfully, this could turn into something meaningful – within the Midwest, there is tremendous buying power across a variety of sectors” he says. Weedman, who has set aside the Buckeye-Wolverine football rivalry couldn’t agree more. “As someone who has scoured the universe for technologies that could benefit P & G, this seems like a natural fit. After all, if these startups grow, my kids will have a reason to stay in the area.”

About the author: Mahendra Ramsinghani manages Invest Detroit’s First Step Fund, a micro-investment fund with investments in 40+ startups. He is the author of “The Business if Venture Capital”