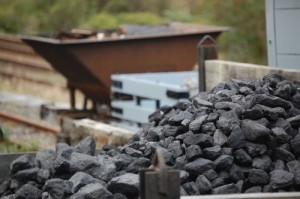 Corsa Coal Corp (TSX-V: CSO) has closed its previously announced buy of U.S.-based PBS Coals Ltd for US$60 million. The deal was facilitated by a US$33.4 million investment by Canadian private equity firm Sprott Resource Corp, giving it 19.9 percent of Corsa’s outstanding shares. Other investors included U.S. private equity firm Quintana Capital Group, while Sprott Resource Lending Corp and other lenders assisted with the acquisition’s funding. Based in Toronto, Corsa is focused on mining, processing and selling metallurgical and thermal coal. Concurrent with the transaction, the company appointed Quintana’s George Dethlefsen as CEO.

TORONTO, Aug. 20, 2014 /CNW/ – Corsa Coal Corp. (TSXV:CSO.V – News) (“Corsa” or the “Company”) is pleased to announce that yesterday it completed the previously announced transaction for the acquisition of PBS Coals Limited, a wholly-owned subsidiary of OAO Severstal, in an all-cash transaction for consideration of US$60 million, subject to customary adjustments for working capital and debt (the “Transaction”). As part of the Transaction, Corsa has assumed certain reclamation and water treatment liabilities totaling approximately US$60 million and will fund US$20 million of cash currently used as bonding collateral by PBS Coals Limited into escrow accounts for water treatment and certain other liabilities, to be released to a subsidiary of OAO Severstal following a customary time period and subject to adjustments.

As part of its acquisition financing, Corsa completed its previously announced non-brokered private placement of 463,821,966 common shares (“Common Shares”) for gross proceeds of approximately US$65 million at C$0.15 per Common Share (“Private Placement”) and entered into a US$25 million non-revolving term credit facility (“Credit Facility”) with a syndicate of lenders that includes Sprott Resource Lending Partnership (“SRL”). The proceeds of the Private Placement and from the Credit Facility were used to satisfy the consideration payable in connection with the Transaction, with additional proceeds being used for purposes related to the Transaction and growth capital.

Changes to Management and the Board of Directors

The Company is pleased to announce the appointment of George Dethlefsen as its Chief Executive Officer. Mr. Dethlefsen is currently also a Director of Corsa. As part of the transition, Mr. Dethlefsen has stepped down as Managing Director of Quintana Capital Group. In connection with his appointment, the Board of Directors of the Company (the “Board”) granted Mr. Dethlefsen stock options to purchase a total of 6,000,000 Common Shares.

Pursuant to the terms of Sprott Resource Partnership’s (“SRP”), a wholly-owned affiliate of Sprott Resource Corp. (TSX:SCP.TO – News), acquisition of Common Shares under the Private Placement, Arthur Einav, a nominee of SRP, was appointed to the Board. Keith Dyke, Chief Operating Officer and President of Corsa, stepped down as a member of the Board.

Arthur Einav is Managing Director, General Counsel and Corporate Secretary of Sprott Resource Corp. Mr. Einav is also General Counsel of Sprott Inc. and is a director of Independence Contract Drilling, Inc., an NYSE-listed portfolio company of Sprott Resource Corp. He holds a Bachelor of Laws degree and a Masters in Business Administration from Osgoode Hall Law School and the Schulich School of Business. He also holds a Bachelor of Science degree from the University of Toronto and is a member of the Law Society of Upper Canada and the New York State Bar.

Financing of the Transaction

In addition, SRP, which acquired 236,963,302 Common Shares as part of the Private Placement, representing approximately 19.9% of the outstanding Common Shares, entered into a Registration Rights Agreements with Corsa on August 19, 2014 which provides SRP with rights to twice demand registration in Canada for as long as it holds at least 10% of the outstanding Common Shares. A copy of the registration rights agreement will be filed on SEDAR under Corsa’s profile. The summary herein is qualified in its entirety by the detailed terms and conditions of the registration rights agreement.

QEP currently owns an aggregate of 578,819,438 Common Shares, or approximately 48.6% of the Common Shares outstanding and, accordingly, QEP is a ‘Control Person’ as defined in the TSXV Corporate Finance Manual, and the subscription by QEP II and QEP II – TE under the Private Placement was a ‘related party transaction’ as defined under Multilateral Instrument 61-101 – Protection of Minority Security Holders in Special Transactions (“MI 61-101”). The Private Placement was exempt from the minority shareholder approval requirements of MI 61-101, as neither the fair market value of any securities issued to nor the consideration paid by QEP II and QEP – TE, together, exceeded 25% of Corsa’s market capitalization calculated in accordance with MI 61-101.

In connection with the Private Placement, QEP waived its anti-dilution rights under its investor rights agreement with the Company dated July 31, 2013.

The address of QEP is 601 Jefferson Street, Suite 3600, Houston, Texas. QEP’s acquisition of Common Shares is made as a strategic investment and QEP may increase or decrease its investment, directly or indirectly, in Corsa from time to time, depending on market conditions or any other relevant factors.

A copy of the early warning report to be filed by QEP will be available shortly under Corsa’s profile at www.sedar.com and further information can be obtained by contacting Jimmy McDonald, CFO at 713-751-7500.

The securities described herein have not been registered under the U.S. Securities Act of 1933, as amended, and may not be offered or sold in the United States unless registered thereunder or unless an exemption from registration is available.

PBS, based in Somerset County, Pennsylvania, commenced production in 1963 and was acquired by OAO Severstal in 2008. Its current operations include 13 developed mines (3 active) and two preparation plants with access to both the CSX and Norfolk Southern Railway. PBS is located 60 miles from Pittsburgh and 170 miles from the Baltimore port, and its coal brands are well recognized by long-standing domestic and international customers.

Based solely on management prepared unaudited interim financial statements, as at June 30, 2014 (six months ended 2014), PBS sold approximately 482,000 tons of metallurgical and thermal coal, generated operating revenues of approximately US$46 million, incurred cost of sales and operating expenses, exclusive of depreciation and amortization, of approximately US$50 million and had negative earnings before interest, depreciation, and amortization of approximately US$4 million. Corsa expects to realize synergies from the Transaction as it combines its personnel, assets and infrastructure with those of PBS, especially given the close proximity to Corsa’s existing assets.

Corsa has not included figures from the audited financial statements of PBS, as Corsa does not believe such historical financials to be an accurate representation of the current business operations at PBS in light of recent market conditions experienced by the coal mining industry and may be misleading without sufficient additional information. Such financial information will be available in the business acquisition report in respect of the Transaction to be prepared in compliance with National Instrument 51-102 – Continuous Disclosure Obligations and filed within 75 days from the date of the completion of the Transaction.

Corsa’s primary business is the mining, processing and selling of metallurgical and thermal coal, as well as actively exploring, acquiring and developing resource properties consistent with its coal business.

Investors are cautioned that, except as disclosed by the Company, any information released or received with respect to the Transaction may not be accurate or complete and should not be relied upon. Trading in the securities of Corsa should be considered highly speculative.

The TSX Venture Exchange has in no way passed upon the merits of the Transaction, Private Placement or Facility and has neither approved nor disapproved the contents of this press release.

The TSXV has in no way passed on the merits of this news release. Neither TSXV nor its Regulation Services Provider (as that term is defined in policies of the TSXV) accepts responsibility for the adequacy or accuracy of this release.