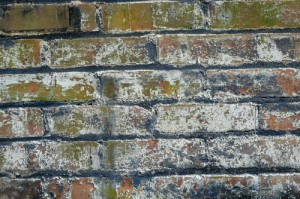 In recent years, buttoned-down New York City has become an epicenter of open-collared consumer Web startups, with one hot brand after another – Foursquare, Tumblr, Etsy, Rent the Runway — drawing in users and venture capital in tandem.

But the city that doesn’t sleep may have to stay awake and reinvent itself again in 2013 if investors’ growing infatuation with all things enterprise goes unabated.

In a year-end survey conducted by the NVCA and Dow Jones VentureSource, 61 percent of the participating VCs said they expect more money to go to enterprise IT startups next year. Meanwhile, according to the investors who know New York best, the city has a ways to go if it wants to become as dominant in enterprise technologies as it is in soft tech.

“If your software is just pulling data from your internal systems or publicly available data sets, that’s not a data network,” he said.

Investor Roger Ehrenberg, the founder and managing partner of New York-based IA Ventures and one of the first people to focus on data-focused startups, seems to agree with Wilson. In an email to me last week on the topic of whether New York could lose momentum right now, he wrote that the “B2B and enterprise applications set is alive and well in NYC,” and that “innovation not specifically related to the consumer space will continue apace.” But for “pure tech,” he added, “the center of gravity is still San Francisco, at least as our deal flow and portfolio are concerned.”

Ehrenberg isn’t exaggerating. MemSQL, which is building a memory optimized database and is backed by IA Ventures, is based in San Francisco. So is Metamarkets, which sells analytics to mobile platforms and publishers; Drawn to Scale, maker of a real-time SQL database for the Hadoop software framework; Datasift, which handles social media monitoring among other things for financial organizations; and the small network security company TraceVector.

It’s easy to conclude that New York has cultural obstacles to overcome if it wants to become a force in enterprise investing. As my old colleague Erin Griffith observed of the same enterprise-focused meet-up attended by Wilson this week, “While everyone in the audience was in some way interested in enterprise, not many of them had enterprise companies. In fact, none of the three presenting companies were even from New York.”

But the problem is ultimately structural, argue longtime enterprise investors like Greg Gretsch of Sigma West, a Bay Area venture firm. “Even when there are [enterprise] startups in areas like New York, they tend to be serving financial services, ad tech, publishing, and other NYC-centric industries. And for those companies, there are no anchor tenant companies around which the satellite world of startups can spin and get acquired or partner.”

Silicon Valley is comparatively vibrant “because there are huge anchor tenant companies here that sustain the ecosystem, and every few years, another comes along,” Gretsch adds.

The question is whether New York needs the enterprise mantle to stay firmly in the game, and observers suggest that it doesn’t; they say it can compete just fine around the edges.

Ehrenberg points out that his firm has “many B2B/enterprise companies in our portfolio that are based in NYC and have powerful and complex technology stacks themselves,” including the daily deal aggregator Yipit, and BillGuard, a free service that helps users discover fraudulent charges, including through data gleaned from social media outlets like Twitter.

Investor Charlie O’Donnell, founder of Brooklyn Bridge Ventures, further notes what New Yorkers know as well as anyone — that what’s trendy one minute can become passé the next.

“The media makes more out of the trends than the data plays out,” says O’Donnell. “The industry is really very deal by deal. Everybody made a big deal of Matt Cohler not leading an investment in the last year as if it heralded the end of the consumer Web, but just last week he funded Snapchat, and guess what? It’s yet another photo-sharing app.”