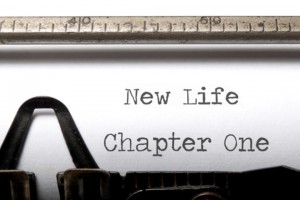 The Canada Pension Plan Investment Board has become something of a white knight for a few private equity managers with aging funds they can’t seem to close.

CPPIB announced this week that it led the restructuring of J.W. Childs Associates’ third fund, a $1.75 billion vehicle that closed in 2002.

CPPIB will kick in $477 million as part of the restructuring of Fund III, and $119 million as a commitment into J.W. Childs’ planned fourth fund, which is targeting $450 million. Goldman Sachs also participated in the restructuring, though it is not clear how much Goldman is investing in the deal. Other investors participated in the deal, though it is not clear who.

The interesting aspect of this deal is that it gives the GP new life with capital for existing investments, but also comes with a built-in commitment to a new fund. This allows J.W. Childs to raise a fourth fund, something the firm wasn’t able to do on its own when it tried back in 2006.

CPPIB has confidence in J.W. Childs’ “stewardship of the assets” in the existing Fund III portfolio and in the firm’s ability to “realize the full potential” of remaining Fund III companies, Yann Robard, CPPIB’s head of secondaries and co-investments, told my colleague Kirk Falconer this week.

One of the five portfolio companies in Fund III, specialty retailer Brookstone Inc, filed for bankruptcy earlier in April. The struggles of the company had been factored into the price of the deal as Brookstone was written down in J.W. Childs’ portfolio, according to a person with knowledge of the deal.

The structure of J.W. Childs’ restructuring follows similar past transactions with Behrman Capital and Willis Stein & Partners. LPs had the “option, but not the obligation” to either sell their stakes in Fund III or roll them over on the same terms as CPPIB, Robard said.

“We have done considerable due diligence on underlying assets [in Fund III] and believe they have two to four years to reach their full value,” Robard said.

Restructuring transactions also usually give the GP a renewed fee stream in a vehicle that has lived beyond its intended life cycle – something that can become a point of contention with limited partners that have been paying fees in a fund for 10 years or more. It is not clear in this case what is happening with the fees or carried interest.

CPPIB also led the restructurings of the $785 million, 2006 HM Capital Sector Performance Fund. The system bought assets out of the HM Capital fund for $468 million, and committed $138 million to a new fund, Kainos Capital Partners, formed by former food and consumer products team from HM Capital.

The system also led the restructuring of Behrman Capital III, a $1.2 billion fund that closed in 2001. As part of the deal, CPPIB kicked in $654 million to buy out existing LP interests and Goldman Sachs committed $100 million. Other, undisclosed investors also participated, according to a Behrman statement at the time. Five Fund III portfolio companies were moved into a new, $1 billion vehicle with a six year life.

CPPIB will continue to look for more opportunities to restructuring older funds, Robard said. CPPIB has committed $6 billion to secondaries since 2008, with 40 percent of that amount used for direct investments or “portfolio liquidity solutions,” Robard said.

Deals like J.W. Childs, Behrman and HM Capital reflect “a positive evolution in the industry” whereby all parties, including GP teams, existing LPs and new investors, can benefit, he said. “We are trying to offer solutions everybody can feel good about,” he said.