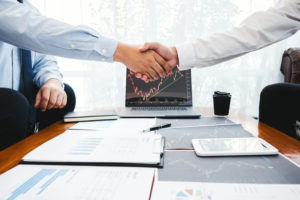 This is Chris, on the Wire for Sarah as she enjoys some time off.

Threats: The threat of a massive cyber breach may be the most vital concern on the minds of most companies, and that includes those backed by private equity firms. Some of the largest hacks in the recent past were of PE backed companies, like Solar Winds, which was backed by Silver Lake and Thoma Bravo, and Kaseya, which was backed by Insight Partners and TPG.

In the latest episode of PEI’s Spotlight podcast, Milana Vinn of PE Hub chats with Hugh Thompson, a managing partner at Crosspoint Capital, about cybersecurity and the threat of cyber intrusions into companies’ vulnerable data. Crosspoint earlier this year closed one of the largest-ever first-time funds on $1.3 billion for investments in cybersecurity, data privacy and infrastructure software.

Thompson formerly worked as CTO at Symantec and before that, in the same role at Blue Coat.

“I think there’s a huge opportunity in securing the connected home. You’re seeing some companies offer solutions here, You’re seeing some … ‘Gen 1’ solutions in that space, but think about the opportunity to not just provide security but also privacy in simple terms. How do I know every microphone that’s connected in this room is off right now? Just asking that simple question is pretty transformative,” Thompson said.

Leadership: Avista Capital’s co-founder and co-CEO, Tom Dean, will transition to the role of chairman as of the end of this year. David Burgstahler, who co-founded Avista with Dean in 2005 and who has been co-leading the firm, will become sole managing partner and CEO, the firm said in a statement.

In the chairman role, Dean will continue to co-chair the firm’s investment committees, and remain involved in sourcing deals and covering his existing investments.

Avista also announced an expansion of its partner group, including promoting Josh Tamaroff and Alex Yu to partner. Tamaroff joined Avista in 2009 after working as an analyst at Lehman Brothers and Barclays Capital. Yu joined in 2017 from the PE group at Goldman Sachs. The promotions expand the partner group to six, including Dean, Burgstahler, Robert Girardi and Sriram Venkataraman. Read more here on PE Hub.

Book: On vacation, I read about halfway through the bio of John Adams by David McCullough. The story is so absorbing that, at the end of our vacay, I felt like I was leaving an old friend. Highly recommended.

That’s it for me! Have a great rest of your day. Hit me up with tips n’ gossip, feedback or book recommendations at cwitkowsky@buyoutsinsider.com or find me on LinkedIn.