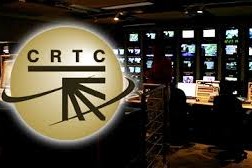 The Canadian Radio-television and Telecommunications Commission (CRTC) has approved an application by Shaw Communications Inc to sell its shares in Shaw Media Inc to Corus Entertainment Inc for $2.65 billion. As the companies are affiliated, the CRTC concluded the change in ownership “does not result in a change in effective control of either entity.” It added that the deal positions Corus “as a stronger player” that can “offer better services and higher-quality programming.” The deal was opposed by Corus minority investor Catalyst Capital Group, a Canadian private equity firm.

CRTC approves a corporate reorganization resulting in the transfer of the shares held by Shaw Communications Inc. in Shaw Media Inc. to Corus Entertainment Inc.

Since Corus Entertainment Inc. was founded in 1999, Shaw Media Inc. and Corus Entertainment Inc. have been effectively controlled by the same person, Mr. JR Shaw. Since that time, although they have operated under separate management teams and are overseen by distinct boards of directors, control over both entities has effectively rested with the same person from a regulatory perspective.

Given this—and after careful review of the terms of the transaction and extensive consideration of the evidence submitted through a full public consultation—the CRTC concluded that this change in ownership does not result in a change in effective control of either entity, which continues to be exercised by Mr. JR Shaw. As a result, consistent with the Commission’s long standing policies, no tangible benefits will be required for this transaction, nor will any new broadcasting licences be issued for any of the services that are transferred. From a regulatory perspective, Shaw and Corus have always been treated as “one voiceˮ under the CRTC’s Diversity of Voices policy.

This transaction positions Corus Entertainment Inc. as a stronger player with enhanced scale that can offer better services and higher-quality programming to Canadians – a goal that is consistent with the outcomes described in the CRTC’s Let’s Talk TV decision of March 12, 2015, and which supports objectives of the Broadcasting Act.

The CRTC is committed to ensuring that Canadians have access to programming that reflects Canadian values, interests and opinions on a multitude of platforms, while encouraging producers to create compelling content that is made by and for Canadians.

Quick Facts
Shaw Communications filed the application for the transaction on January 15, 2016.
The transfer of all shares of Shaw Media Inc. to Corus Entertainment Inc. required prior approval from the CRTC pursuant to section 14(4) of the Television Broadcasting Regulations and section 10(4) of the Specialty Services Regulations.
Through a Notice of Consultation, the CRTC called for comments from interested parties with respect to the application on January 21.
A total of 40 interventions were filed in response to the Notice of Consultation, including 7 supporting, 25 commenting, 8 opposing. There were also 25 requests for an oral public hearing.
After careful review of the public record, the CRTC found that an oral hearing was not required in addition to the full written hearing that was held.
The CRTC concluded that since both companies have and will continue to be effectively controlled by the same person—Mr. JR Shaw—from a regulatory perspective the transaction amounts to a corporate reorganization and does not result in a change in effective control of either entity.
The transfer of shares from Shaw Media Inc. to Corus Entertainment Inc. will not require the payment of tangible benefits, and no new broadcasting licenses will be issued.
Quote
“The CRTC conducted a full public process in reviewing this transaction consistent with its long standing policies. This decision will help position Corus Entertainment Inc. as a stronger player in the market and help elevate more Canadian-made programming to new heights both here in Canada and around the world. This helps support the entire audiovisual ecosystem in Canada. From a regulatory perspective, Corus and Shaw have always been considered as a single voice in the Canadian marketplace since the 1990’s. This decision changes nothing in that respect.”

Photo courtesy of On Screen Manitoba