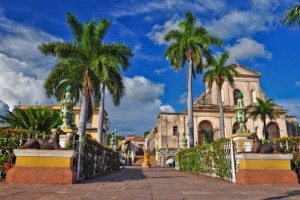 At a conference focused on opportunities in emerging markets this month, Cuba found some love.

A panel of investment professionals at the IFC EMPEA Global Private Equity Conference in Washington DC discussing opportunities in Latin American was optimistic about the chances of Cuba reforming enough to attract new investment dollars. The U.S. and Cuban governments announced on Dec. 17 efforts to restore diplomatic relations after 50 years of hostility.

The first step is to build an ecosystem that allows businesses to grow and flourish, according to Susana Garcia- Robles, principal investment officer at the Inter-American Development Bank. “One lesson we’ve learned is, it’s not only about, ‘Is there a business opportunity?’ but ’Is there an ecosystem that supports a business environment?” Garcia-Robles said. “I don’t think Cuba will be able to absorb private equity activity for a while.”

Felipe Vilá González, chief executive officer at funds-of-funds manager Fondo de Fondos, was confident changes would happen in Cuba to make it an attractive place for investment. “In some sectors it’ll happen sooner, like entertainment…and tourism,” he said.

It’s not clear if any private equity money has flowed into Cuba in past years. In March, CNBC reported that Thomas Herzfeld, manager of closed-end Herzfeld Caribbean Basin Fund, was raising money for direct investments into Cuba.

“There’s tremendous potential,” he said, citing the educational system and the entrepreneurial drive of the people. “I’m more bullish on Cuba than on Venezuela…”

For all the negative perceptions surrounding the Castro government in Cuba, the World Bank last year named the Cuban education system the best in Latin America. Cuba’s system of universal education has led to “universal literacy,” the World Bank said.

“Only Cuba…has a truly efficient education system and high-quality teachers,” the World Bank said. “The Caribbean island is also the nation in the world that allocates the highest share of its national budget, 13 percent, to education.”

Another factor that will drive economic growth is the mass of immigrants ready to travel back to the country as it opens for investment. Around 1.1 million Cuban immigrants lived in the United States as of 2013, according to the Migration Policy Institute, citing data from the U.S. Census Bureau and American Community Surveys. Cubans represented the seventh largest immigrant group in
the United States, the Institute said.

“It’s going to be the powerhouse of the Caribbean,” Tribeca Asset Management’s Gerard said.
Still, despite the optimism, people continue to flee the country for the United States. In the first three months of 2015, 9,371 Cubans arrived in the United States, Reuters reported earlier this month. That is more than double the number from the same period last year.

The increase was driven by a surge of migration after the U.S. and Cuban governments made the December announcement, Reuters reported. This caused uncertainty over the special immigrant status Cubans have been granted since 1966 in which they have the right to stay and seek residency if they can reach U.S. soil, Reuters said.