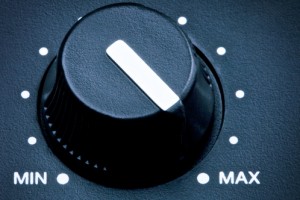 (Reuters) – Buyout firm CVC Capital Partners Ltd has raised more than the 10.5 billion euros ($13.7 billion) it can accept for its latest flagship fund in just six months and will have to turn down money, a person familiar with the matter said on Thursday.

The Financial Times earlier reported that CVC had attracted pledges from investors totaling more than 14 billion euros. CVC started fundraising in January with a 9 billion euro target and has a so-called “hard cap” of 10.5 billion euros it cannot exceed without consent from existing fund investors.

Private equity fundraising took a hit during the 2008 financial crisis as investors fretted over the future of debt-laden deals and opted for what they perceived to be safer assets. By raising the second largest buyout fund since the financial crisis, CVC has shown the market has turned.

To be sure, CVC’s fund, CVC European Equity Partners VI, had offered sweeteners to investors. For example, it offered not to charge fees on 5 percent of commitments received before the so-called first close, when investors are asked to commit to the fund, according to market research firm Preqin.

Neither do all private equity fundraising efforts prove successful. Apax Partners LLP, which like CVC had a 9 billion euro fundraising target for its latest buyout fund, said last week it had managed to raise just 5.8 billion euros.

This is because a clearer picture of fund managers that are capable of delivering returns even through a downturn is now emerging in the minds of investors. Money is piling into such managers at the expense of others.

CVC European Equity Partners V, a 10.8 billion euro buyout fund the firm raised in 2008, was valued at 1.3 times its investors’ money as of the end of March, according to Standard Life European Private Equity Trust Plc (STLI.L), an investor.

Its predecessor fund, the 6 billion euro CVC European Equity Partners IV raised in 2005, was valued at 2.1 times its investors’ money. Private equity funds typically have a 10-year lifespan and are therefore judged on a long-term basis.

Founded in 1981 and active in Europe, U.S. and Asia, London-based CVC has invested in companies across most sectors of the economy, ranging from sports rights management Formula One to warehouse retail store chain BJ’s Wholesale Club Inc.