One deal we’ve heard about that is set to hit the market, that is having introductory meetings at the conference this week, is Linden Capital-backed pharma services company ProPharma Group, Sarah writes on PE Hub today. Check it out here.

Centerview Partners and William Blair are working as bankers on the deal, the story said. The process is expected to encompass both sponsors and strategic buyers.

Linden first invested in ProPharma in October 2016 out of its third fund. Linden is among firms that have proven successful in the outsourced pharma services segment, along with Genstar Capital, which in June agreed to buy Advarra in a deal valued at about $1.3 billion, or about 18x Ebitda. Leonard Green bought WIRB-Copernicus Group in a deal valued between $3.5 billion and $4 billion, PE Hub previously reported.

Anything else coming out of the big show this week? Hit me up at cwitkowsky@buyoutsinsider.com.

Clayton Dubilier & Rice is preparing to hit the market with its next flagship fund, two sources told me. No official target is set, from what I hear, but the fund will likely be at least $10 billion, which the prior fund raised. And from what I hear (and know about the industry), Fund XI will be bigger than the past fund. The fund could hit the market this quarter or in Q2, sources told me. Check my story here.

CD&R is interesting in that it’s one of the last old-line firms to have a single fund from which it makes all its investments. Not many firms like that left. Most firms these days have expanded their franchises out to include funds focusing on things like credit, or smaller companies, or even different sectors.

LPs aren’t always in love with the idea that managers they back expand their focus into new products. And so I often hear appreciation for a firm like CD&R that sticks to its one fund and its way of doing things.

Top Scoops
Nicole Musicco, a senior managing director and head of private markets at the $48 billion Investment Management Corp of Ontario, left the organization in December, Kirk Falconer writes on Buyouts. Musicco led the private equity team, including co-investments and fund investments with a focus on North America and European consumer, healthcare, industrial and media tech telecom sectors. Check out the story here.

That’s it! Have a great start to the week. Hit me up with tips n’ gossip, trends, feedback or whatever at cwitkowsky@buyoutsinsider.com, on Twitter or find me on LinkedIn. 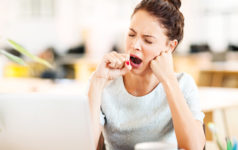 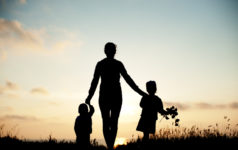 Private Equity Jobs of the Week: Vista, Oaktree and Allianz are...

People 2 hours ago
Added to your Saved Articles
Loading
Unsave Article
Please confirm you would like to remove this article from your saved articles.
Share with other subscribers
Only logged in subscribers of this site will be able to access the shared article.