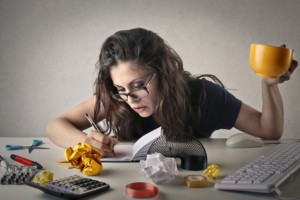 Based on recent conversations, the next couple of weeks could produce a swarm of deal signings as dealmakers aim to get things done ahead of the November election. The healthcare universe is likely to be no exception.

“We’re all aware that there’s the potential for increasing market volatility just before and after, and potentially substantially after, [the election],” TPG Capital Partner Nehal Raj told me.

Not knowing how things will unfold, there’s a degree of discomfort in having an active sale process come the election, he said. “For many of us, we have seen a significant uptick in deal activity starting in the late summer with the goal of signing, off-risk in advance of the election.”

Fewer new processes are launching right now because of the implied distraction, “but that said, nobody really seems to care about the election per say,” added another senior healthcare technology investor. Speed and behavior may be more impacted by the perception that corporate tax rates may go up if Biden wins, I’m told.

WellSky 2.0
I caught up with Raj, co-head of the TPG’s software investment activities, on the heels of one of healthcare technology’s larger headlines this week.

It was only a few months ago that LGP joined TPG as an investor in WellSky, a software provider to the post-acute care industry, valuing the company at $3 billion-plus, I reported.

“One of the big reasons we brought in a new partner was to enable us to go bigger from an M&A standpoint that we could do on our own,” said Raj, who co-led the deal together with Jeff Rhodes, partner and co-head of the healthcare group. “We’ve been coveting CarePort for a while now.”

When TPG built WellSky, a big part of the strategy was to build a software platform that serves the broader post-acute care waterfront. “Historically, the post-acute side has been a black box. There’s not a consistent EMR [electronic medical record] that works across these settings of care.”

Addressing that need and opportunity was what Raj characterized as ‘version 1.0’ of WellSky. ‘Version 2.0,’ he said, is all about stitching that together and adding value and analytics on top of that.

“We own these post-acute markets – mini verticals that historically have not talked to each other very much. This technology, combined with what we’re building on our side, will be a through line.”

With the new technology, Raj said, “we can track that patient’s process out of the hospital, help decide through analytics what is the best next setting … And then, when he or she is in any one of these settings, we can then track their progress.”

Stay tuned for my full report.

Top Scoops
Another carve-out situation to put on your radar is Philips Lifeline, the personal emergency response system (PERS) business of publicly traded Philips. Using Lifeline’s personal alert service, seniors with the press of a finger can alert trained care specialists to dispatch for help.

Check out my story for financials and more context behind the divestiture process.
In other news, I recently learned that Jim Rauh has left Golden Gate after a decade. Rauh was involved with recent investments including Cole-Parmer, which makes laboratory and industrial-fluid-handling products, instrumentation, equipment and supplies. Read more.

Anyone know what Rauh’s future plans are? As always, write to me with any comments, tips or just to say hello!