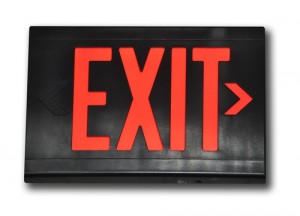 It was only in late November that Deutsche Bank had promoted Crocker into his new position as co-head of private markets North America; Crocker is a veteran fundraiser who earlier in his career built the funds-of-funds business at DLJ. But Deutsche Bank ended up asking Crocker to leave the bank two weeks later.

Before leaving, Crocker had reported to Karim Ghannam and Carlo Pirzio-Biroli, global co-heads of private markets and private equity.

And Chris Minter, the global head of DB private equity, exited the bank in October, sources say. A Deutsche Bank spokeswoman would not confirm the titles of the departing executives (or that of any executives in this story) and declined comment for this article.

Peter Pfister, director of DB Private Equity for Asia Pacific, is expected to leave at the end of the month, a person says.

“It’s not unexpected,” an industry source told peHUB of the turnover. “There’s new leadership over there.”

In June, Deutsche Bank put in place a slew of management changes, including Michele Faissola to head the asset and wealth management group, which merged that month. Faissola came from the capital markets side of the bank and is credited with helping expand Deutsche Bank’s rates and commodities operations and building the ETF business, Bloomberg has reported.

Executive turnover isn’t new on Wall Street. However, the Deutsche Bank exits are significant because the departing executives are very senior, sources say. Burnham, for instance, is the former Under-Secretary General of the United Nations, as well as an advisor to Mitt Romney in his recent run for president. Before his promotion and departure at Deutsche Bank, Crocker was a managing director in the RREEF group, where he sold and marketed alternative asset products. Crocker prior to that was at placement agency Atlantic-Pacific Capital where he worked on origination, Private Equity International has reported.

Not all blamed the turnover solely on the failed auction. The high-level departures are part of a global restructuring that Deutsche Bank announced months ago, a source familiar with the situation says. In July, DB said it would cut 1,900 jobs in an effort to reduce $3.67 billion in expenses.

Another source says the departures stem from the regime change in Deutsche Bank’s asset and wealth management unit. The executives that have taken over are those that worked under Faissola, one person says.