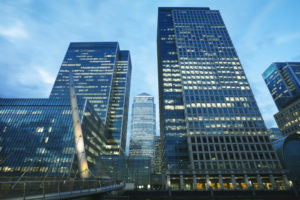 What’s going on? Following up on yesterday’s news, I’ve gathered quite a few details around what marks the first traditional buyout deal for Patient Square, the firm launched by ex-KKR chief Jim Momtazee joined by various investors coming out of prominent firms like Ares Management and Golden Gate Capital.

The headline: The healthcare-focused firm’s all-cash acquisition of Summit BHC, a substance abuse treatment and psychiatric services company, commanded an enterprise value of $1.3 billion, people familiar with the deal terms said. The two existing PE owners — FFL Partners and Lee Equity — are poised to make out well, too. The equal shareholders each expect to reap a 4x gross MOIC and approximately 42 percent gross IRR, the people said.

The deal multiple varies, depending upon which EBITDA multiple you’re considering. Read my full story on PE Hub for those details and others around the process.

So, what’s the takeaway? There are likely many, but one is that the future growth opportunity of the behavioral healthcare market remains vast, and investments like this keep validating that. (Recall Onex’s recent $1.3B bet for Newport Healthcare?) Although the consequences of the global health crisis have created long-term distress, the unfortunate and longstanding secular tailwinds calling for more behavioral health services pre-date covid.

More broadly, the deal is yet another data point that private equity firms investing in healthcare remain enthusiastic about backing companies with a strong market position in segments with a lot of perceived white space. Summit BHC, for example, stands out due to factors including its in-network focus, veteran C-suite team, and diversified multi-market platform.

What other interesting deals are closing in on the healthcare front (or elsewhere)? Hit me up.

Tech: If you’re tired of reading about healthcare deals, take a look at the two partial stake sales produced by Francisco Partners this week, which add to its string of 10-plus exits since the start of the year.

It’s portfolio company Dynamo Software added Blackstone through its growth arm) as an investor, while another platform, NMI — which Great Hill Partners also backs — grew its shareholder base with an investment from Insight Partners.

According to a Wall Street Journal report, Dynamo, a provider of cloud software for the alternative management industry, was valued at around $900 million. With the partial sale, FP is poised to generate nearly 15 times its invested capital, WSJ said.

NMI, a full commerce enablement technology company, marks another big outcome. The company commanded an around $1.55 billion value, according to Reuters. FP’s stake will reduce to about 40 percent, while Insight joins as 40 percent owner, the report said. The deal values NMI at more than 4 times what the Schaumburg, Illinois-headquartered company was worth when FP invested in it in 2017, a source told Reuters.

That’s all I got! Have an awesome weekend, and in the meantime, reach me with tips n’ gossip, feedback or anything else at springle@buyoutsinsider.com.