These days you can get anything and everything delivered to your front door. That includes your meds.

This week I learned that ExactCare, a pharmacy company specializing in serving chronically ill patients requiring multiple medications, hit the auction block. For more info, check out my full story.

ExactCare is backed by Nautic Partners, a Providence, Rhode Island firm that has managed to keep a low profile over the years. Nautic also hasn’t been particularly active as a buyer or seller in healthcare recently. Its latest exit came in 2018, when it sold Odyssey Behavioral to Carlyle in a deal valued at approximately $200 million, sources told me at the time.

Broadly, there has been some activity in and around the pharmacy space over the last several months – whether that’s involving pharmacies tailored to specific populations, pharmacy tech or pharmacy benefit managers and related services.

“The market in pharmacy is tricky,” said Taylor Phelps, who joined Cantor Fitzgerald as a managing director in December from Raymond James. “In the traditional channel it’s a race to the bottom on reimbursement and very little value add. There are opportunities to do something unique and differentiated for specific patient populations and the payment system is evolving to reward that service.”

One high-profile transaction that dominated headlines a couple years back: Amazon spending a reported $1 billion to disrupt the traditional pharmacy industry through its deal for online pharmacy startup PillPack. Its fast growing competitor, Capsule, has also been raising significant capital as of late.
ExactCare, for its part, is considered attractive in part because it aligns with a broader theme in healthcare: Keeping patients on their meds at home and out of the hospital. Importantly, the company also addresses a large unmet need — serving complex medical patients that have multiple diseases. It also has a “PillPack”-like packaging system, one source noted.

In other specialty populations, there’s Tarrytown Expocare, which caters to individuals with intellectual and developmental disabilities. Chicago-based Sheridan Capital in January invested in Tarrytown in a deal assigning the specialty long-term pharmacy business an enterprise value of $160 million, or just below 12x EBITDA, I reported.

Meanwhile, despite the noise around the broader pharmacy benefit management industry, we’ve also seen some large healthcare insurers use M&A to keep close ties to patients through the pharmacy channel.

For example, Humana in December scooped up Enclara Healthcare, providing an exit for Consonance Capital. Enclara, for its part, is not just a PBM, and it’s not just a pharmacy services company. The company facilitates and simplifies the delivery of drugs to patients in their homes during end-of-life care, or hospice care. For more financial info and context behind the deal, read my story.

In other notable activity, Welsh, Carson, Anderson & Stowe in July teamed with Walgreens to invest in Shields Health Solutions, which partners with health systems to provide on-site pharmacy programs.

What other opportunities are brewing around the pharmacy universe? Hit me up.

Top Scoops
ICYMI, I wrote ahead of the long weekend that Sun Capital Partners, a Boca Raton, Florida PE firm, is eyeing future ops for investment across healthcare on the heels of its West Dermatology buy. The firm once known as a turnaround specialist has increasingly broadened its approach, shifting towards companies like West Dermatology that already have a framework in place and have entered into growth mode, Sun’s Stephen Cella told me. Read more.

Dissecting the CARES Act on the frontlines 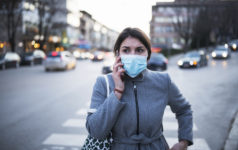 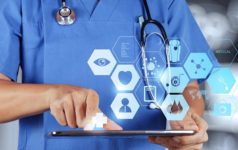 Webster forms gastroenterology platform via equity-only deal for Gastro One

MSCP’s Aaron Sack: Invest early post-crisis, stick to what you do...

News Briefs 3 hours ago
Added to your Saved Articles
Loading
Unsave Article
Please confirm you would like to remove this article from your saved articles.
Share with other subscribers
Only logged in subscribers of this site will be able to access the shared article.