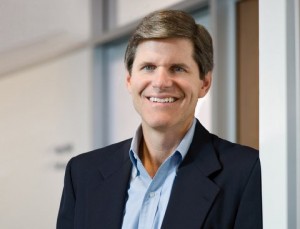 Norwest Venture Partners announced in May that it had closed its 12th fund at $1.2 billion.

The fund is the firm’s second of more than $1 billion. And it continues a diversification strategy that has taken the 53-year-old organization beyond U.S.-focused, early and mid-stage technology investing to growth equity, healthcare and international deal making in India and Israel.

The fundraising follows a successful 2013 with more than 11 liquidity events for the firm, including IPOs for FireEye and RetailMeNot.

Managing Partner Jeff Crowe said 2014 is developing as a busy year. Already, MobileIron and Sabre have gone public and The Echo Nest and Basis Science were acquired by Spotify and Intel, respectively.

The year will no doubt get better for Norwest. Portfolio company Lending Club, a peer-to-peer lender that Crowe spotted at the Plug and Play Tech Center in Sunnyvale, California, is expected to file soon for an IPO.

PeHUB affiliate publication VCJ was able to catch up with Crowe recently to talk about the new fund and other initiatives. What follows is an edited transcript of the conversation.

Q: Do you anticipate expanding to new geographies in the United States?

A: We have (Lisa Wu) in New York City in an office there. She’s on the ground and talking to entrepreneurs who are part of the ecosystem there. That’s been very useful to us. We haven’t made a big deal out of it publicly.

We have a lot of our investment activity, especially in the consumer Internet sector, happening in San Francisco. I think you’ll see us spending a greater percentage of our time up in the city.

Q: Does that mean a San Francisco office?

A: Ultimately you will see us do that.

Q: The new fund will allow you to continue expanding portfolio services. Where do you expect to focus new resources?

Overall, we’re also looking to expand our services and facilitate greater communications among our portfolio companies, because lots of times they can be very helpful to each other. You’ll see us devoting more resources to that as time goes on.

Q: Do you think expanded services, the way such firms as Andreessen Horowitz and First Round Capital have rethought them, are a permanent feature of venture capital?

A: There has been a definite shift in the whole industry to providing these kinds of services. I don’t see that going away.

What you will see is a continued focus to make sure you get bang for the buck in the eyes of the portfolio company. A lot of these more expanded efforts are relatively new. There will be a focus on how do we make sure we are delivering the kind of services that really matter to the portfolio company. I think you’ll see a constant refinement over the next several years.

Q: You have spent a lot of time following online marketplaces. Recently, companies such as Airbnb, Uber and Pinterest have sparked a great deal of innovation. How do you see the space evolving from here?

You’ll see this cut across all sort of daily activities: selling clothes out of your closets, parking your car.

This story first appeared in Reuters Venture Capital Journal. Subscribers can read the original story here. To subscribe to VCJ, click here for the Marketplace.