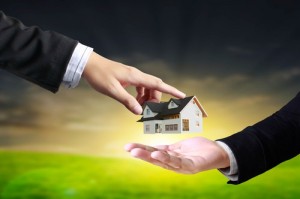 Homburg Invest Inc., a Dartmouth, Nova Scotia-based manager, acquirer and developer of real estate, announced that in the context of its court-approved investment proposal process, the restructuring company has entered into a support agreement with Catalyst Capital Group. The agreement is intended to give creditors additional optionality in continuing negotiations, including the possibility to receive a cash payments from Catalyst. Toronto’s Catalyst specializes in control investments in distressed and undervalued situations.

Homburg Invest Inc. (“Homburg Invest”) announced today that in the context of its Court-approved investment proposal process and further to its announcement on April 2, 2013 that it would be entering into exclusive negotiations for a period of 15 days with a qualified investor, it has now entered into a support agreement (the “Support Agreement”) with this qualified investor, The Catalyst Capital Group Inc., on behalf of funds managed by it (“Catalyst”). Samson Bélair/Deloitte & Touche Inc., in its capacity as Court-appointed monitor in the CCAA proceedings also participated in the negotiation of this agreement.

The Support Agreement sets forth potential amendments to the Plan of Compromise and Reorganization (the “Plan”) filed with the Superior Court of Québec (Commercial Division) (the “Court”) on February 6, 2013 intended to provide creditors with additional optionality. This optionality will include the possibility for creditors to elect, when voting on the amended Plan, to receive a cash payment from Catalyst instead of a portion or the entire entitlement to rights and benefits that they would otherwise receive under the amended Plan.

The Support Agreement further provides that the parties will work together towards the completion of final documentation necessary to implement the provisions thereof, which will be in form and substance satisfactory to the parties. The agreement may also be terminated in certain circumstances and there can be no assurances that the entering into of the Support Agreement will lead to the amendments to the Plan contemplated therein or a transaction different from that contemplated by the Plan. It is expected that the final terms of Catalyst’s participation in an amended Plan will be set forth in the information circular to be sent in connection with the meeting of creditors to consider the amended Plan.

It is currently expected that the creditors will be called upon to vote on the amended Plan in May.

More information about the Homburg Invest’s restructuring process can be found on the Monitor’s website at http://www.deloitte.com/ca/homburg-invest.

This press release contains forward-looking information within the meaning of Canadian securities legislation. Forward-looking information or statements can be identified by use of forward-looking words such as “may”, “will”, “believe”, “is to be”, “expect” or “intends” or the negative thereof or similar variations. The actual outcome of the events described using these statements could differ materially from that expressed or implied by such statements. Such statements are qualified in their entirety by the inherent risks and uncertainties surrounding future expectations. Some important factors that could cause actual results to differ materially from expectations include, among other things, the outcome of the ongoing restructuring process, the outcome of ongoing negotiations with Catalyst regarding the final documentation, general economic and market factors, changes in government regulation and the factors described from time to time in the documents filed by Homburg Invest with the securities regulatory authorities in Canada. This cautionary statement qualifies all forward-looking statements attributable to Homburg Invest and persons acting on its behalf. Unless otherwise stated or required by applicable law, all forward-looking statements speak only as of the date of this press release and Homburg Invest disclaims any obligation to update such statements.