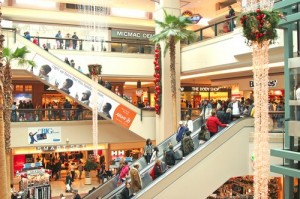 As a result of the transaction, H&R has acquired a $3.1 billion portfolio of 27 shopping centres. A complete list of the acquired properties is appended to this release. H&R expects to complete its previously announced sale of South Cambridge Centre in Cambridge, Ontario to RioCan for $35 million on April 5, 2013.

In connection with the transaction, holders of approximately 2.1 million exchangeable units of certain subsidiaries of Primaris now hold an equal number of exchangeable units of certain subsidiaries of H&R each of which are exchangeable for 1.166 H&R stapled units. Similarly, the 6.75% (remaining aggregate principal amount outstanding $1,220,000), 6.30% (remaining aggregate principal amount outstanding $7,726,000), and 5.40% (remaining aggregate principal amount outstanding $74,963,000) convertible debentures issued by Primaris (TSX: PMZ.DB, PMZ.DB.B, PMZ.DB.C) have been assumed by H&R and are now convertible into H&R stapled units at previously announced conversion ratios (new ticker symbols TSX: HR.DB.F, HR.DB.G, HR.DB.H respectively). H&R intends to promptly deliver to CIBC Mellon Trust Company, as trustee for its 6.75% and 6.30% convertible debentures, notice of its intent to redeem all such remaining outstanding debentures in accordance with their terms. It is anticipated that such redemption will be completed approximately 45 days following the delivery to the trustee of the notice of intention to redeem.

In addition to the convertible debentures which have been assumed by H&R, H&R has assumed an aggregate of $1.4 billion principal amount of mortgages on the acquired properties and has guaranteed the operating line of PRR Trust, now a subsidiary of H&R REIT, the outstanding principal of which is expected to be approximately $105 million after all closing costs have been paid.

H&R REIT is pleased to announce the appointments of Patrick Sullivan as Chief Operating Officer of Primaris and Lesley Gibson as Executive Vice President, Finance of Primaris, which continues operations as a wholly-owned subsidiary of H&R.

Prior to this appointment, Mr. Sullivan served as Primaris’ Senior Vice President, Portfolio Management since 2011, where he had overall responsibility for operations and leasing of Primaris’ portfolio of properties; previously he was Vice President of Portfolio Management for western Canada. Prior to joining Primaris, Mr. Sullivan served as Director of Leasing with Oxford Properties Group where he was responsible for its portfolio of shopping centres in western Canada.

Mr. Sullivan holds a Bachelor of Commerce degree from the University of British Columbia.

Lesley Gibson has been the Vice President of Finance with Primaris since its IPO in 2003. In this position, she oversaw corporate finance, accounting and public reporting responsibilities for Primaris. Before joining Primaris, Ms. Gibson worked at Borealis Capital Corporation as Director, Client Reporting and at KPMG LLP as a Senior Manager in the Real Estate Group.

Ms. Gibson earned a Bachelor of Arts (Economics) at the University of Western Ontario and holds a Chartered Accountant designation.

H&R REIT is an open-ended real estate investment trust, which owns a North American portfolio of 41 office, 112 industrial and 1642 retail properties comprising over 53.4 million square feet and two development projects, with a fair value of approximately $13.1 billion. The foundation of H&R’s REIT success since inception in 1996 has been a disciplined strategy that leads to consistent and profitable growth. H&R REIT leases its properties long term to creditworthy tenants and strives to match those leases with primarily long-term, fixed-rate financing.

H&R Finance Trust is an unincorporated investment trust, which primarily invests in notes issued by a U.S. corporation, which is a subsidiary of H&R REIT. The current note receivable is U.S. $211.4 million. In 2008, H&R REIT completed an internal reorganization, which resulted in each issued and outstanding H&R REIT unit trading together with a unit of H&R Finance Trust as a “Stapled Unit” on the Toronto Stock Exchange.

Primaris specializes in owning and operating Canadian enclosed shopping centres that are dominant in their local trade areas. Merchandising for each property is dynamic in order to meet the unique needs of its local customers and the community. Primaris maintains a high occupancy rate at its shopping centres and has retail tenants that offer new and exciting brands. The Primaris units are expected to be delisted from the Toronto Stock Exchange on April 8, 2013.