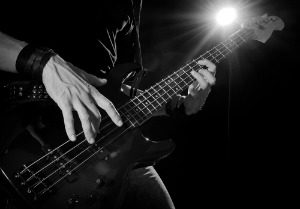 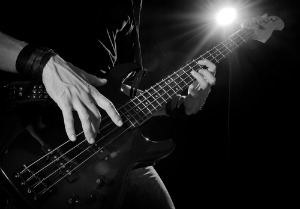 Besides investing in cool startups in the Silicon Valley, what do K9 Ventures, Baseline, PivotNorth and Cowboy Ventures have in common – all of these are venture funds with one GP. Indeed, if you peek at their websites, the “Team” section has only a brief bio of the Solo GP. No multiple partners, egos or inflated titles.

To contact them, instead of archaic approaches like calling their office (which likely doesn’t exist) please use LinkedIn. PivotNorth is likely the only VC fund with no website. (The URL is redirected to a Twitter page). Another solo-GP fund, Harrison Metal’s website is a static page with a “periodic table of elements” kinda sign. It boldly indicates that such a metal has not yet been discovered and its Atomic weight is off the charts.

A possible evolution of angel / super angel phenomena, such Solo GP funds, most of which are in the $40 million range focused on technology startups, have rapidly emerged over the past few years. With the lower costs of starting a company, micro funds can deploy smaller investment amounts, typically $100,000 upward to around a $1 million. Michael Kim manages Cendana Capital, a Fund-of-Funds. He is pleased with this trend and is voting with his money. Of the 7 funds in his portfolio, 5 are Solo GP Funds. Michael says: “A greater alignment of interests exists with the solo-GP funds. At a fund size of $25 million to $40 million, the GP’s economics are driven by the value of carried interest, and not management fee.” Indeed, this is music to most LP’s ears. Billion dollar funds collect a fat 2% management fee each year and hence may not be as motivated to produce any returns.

Solo-GPs have also demonstrated some basics that may have gotten lost in the hubris – the ability to source good opportunities and generate exits within a meaningful time frame. When Dr. Manu Kumar, a Solo-GP at K9 Ventures met with Ren Ng, the seeds of a startup, Lytro began to germinate. Years before Lytro launched its product, Manu wrote the first check. It was more than money – the fact that Manu has a PhD in Computer Science from Stanford helped him to engage meaningfully and build rapid ties with the team. Today, Lytro has investments from NEA (Series B) and A16Z (Series C) and is off to the races. Something tells me K9’s IRR on this one could be in the obscene category. “The Making of Lytro” can be read in his own wonderfully written Manu’s blog here. For another solo-GP Fund, Baseline Ventures, Steve Anderson has made 60 invested and generated over 20 exits. Aileen Lee is bowing out of KPCB to start Cowboy Ventures, a $40 million fund that has a similar structure and philosophy. Tim Connors cut his VC teeth at Sequoia and USVP before he launched PivotNorth. Greg Sands is leaving storied Sutter Hill Ventures to launch Coastano VC.

So what’s fund raising like for a Solo-GP? No team, no complimentary skills, key-person issues? “It was a lot harder in 2008-2009 when I started. The repeated message I heard then was “we don’t invest in a solo-GP fund” and that “we want to see a team that has worked together for a while. The reality is that most GPs act as solo players anyway” says Manu, who recently closed K9 Ventures Fund II at $40 million. Indeed, most firms are a weird amalgamation of Type-A personalities who might pretend to get along well till it comes time for attribution / bonus / carry. Tim Connors points out, “The LPs who have been in venture capital the longest seem the most comfortable with Micro-VC funds. After all, those LPs understand that the fund models are similar to that in the late 80s and early 90s — when venture was a craft business.”

Michael Kim who invested in K9 Ventures as well as PivotNorth says, “We have studied the three primary Solo-GP issues here; 1) the catastrophic ‘hit by the bus’ scenario where the GP is incapacitated; 2) the risk of having only a single pair of eyes looking at a new deal and follow-on decisions; and 3) can the GP leverage his time appropriately to source new investments and work with portfolio companies.” Kim did not re-invent the LPA substantially but rather combined his due-diligence on the GP’s abilities, along with confidence that is the GP is incapacitated for any reason, the suspension clause would trigger in. Follow that with an efficient secondary market where LPs can offload the fund assets quickly. Tim Connors of PivotNorth says these market conditions allow the “what if you get hit by a bus” question to be addressed.

But not many institutional LPs would consider investing in Solo-GPs. Besides the key-person risk, there are fund-size constraints where institutions prefer the minimum fund size to be $100 million and ideally have two GPs. Kelly Williams pointed out that Credit Suisse, a fund of funds with over $27 billion under management, does not invest in Solo-GPs as it’s not attractive. “At Grove Street Advisors, we have invested in several $50 million size funds for over a decade and are paying close attention to this emerging asset class. At the same time we also have to be mindful of monitoring smaller transactions” says Catherine Crockett of Grove Street Advisors, a Fund of Funds with over $6 billion under management. “Some larger funds have created smaller seed funds that create a basket of opportunities for institutional investors” says Catherine.

The entrepreneur’s life may be a lonely one, fraught with challenges at every turn. A solo-GP’s life may be no different. When Manu of K9 Ventures and I joked that ‘Your Monday morning partner meetings must be really short’, his repartee was apt. ‘My partner meetings never end and I am always thinking about how to further my companies’ – the honest reality of fighting this battle alone. Tim Connors views this as an opportunity to extend his 12 year apprenticeship at some of the world’s leading funds – Sequoia and USVP, “While I don’t have big Monday partner meetings anymore, I can predict the questions that my former partners would have on a deal and I consider those in my decision making” he says. Michael Kim points out another interesting dynamic that exists in larger firms, “Having a larger number of partners introduces politics into the decision making process and potentially creates various levels of economics for the GPs of such partnerships, all of which lead to issues around investment decisions and the long term stability of the firm.” True – if the opportunity does not fit, there is no insider-politicking and “if you don’t kill my deal, I won’t hurt yours” kinda dynamic.

But what about the annual LP meeting – a solo GP annual partner meeting can get pretty boring. Manu says: “I have never attended or conducted an LP meeting before. I plan to design it from first principles.” Looking at their investment approach, rest assured that these will be anything but boring.

It remains to be seen if this is a sustainable model. Several other funds started out at solo-GP funds Floodgate, Felicis, SoftTech VC have since have added partners. As long as GPs generate those ‘superior returns’ promised in every placement memorandum, LPs will find a way to invest. Likely this is more of a Silicon Valley phenomenon where capital, opportunities and egos constantly collide. From these fractal remains, new models emerge, even in the VC business. Shall we call this a Minimum Viable Fund, with due apologies to Steve Blank?