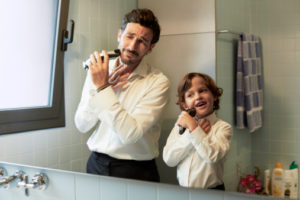 Blocked: Edgewell Personal Care, the maker of Schick razors, dropped its $1.37 billion bid to acquire Harry’s Inc after the Trump Administration sued to block the deal, the company said in a statement Monday. Trump’s Federal Trade Commission has not been shy about blocking deals it feels will stifle competition in various industries.

In this case, there are two major makers of razors – Schick and Procter & Gamble Co’s Gillette brand. New, smaller razor companies like Harry’s and Dollar Shave Club have been taking market share from the big brands in recent years. FTC characterized the deal as an effort by Edgewell to “short-circuit competition by buying up its newer rival promises serious harm to consumers,” according to a statement from the Commission earlier this month.

“Harry’s is a uniquely disruptive competitor in the wet shave market, and it has forced its rivals to offer lower prices, and more options, to consumers across the country,” said Daniel Francis, Deputy Director of the FTC’s Bureau of Competition, in the statement.

“We are disappointed by the FTC’s decision and continue to disagree with its position,” Edgewell’s CEO Rod Little said in the statement.

Ryan Anderson, a senior member of the healthcare team at CCMP Capital Partners, left the firm after nearly 20 years, Sarah Pringle writes on PE Hub. It’s not clear what Anderson is planning to do next.

Anderson’s been with the firm since it was part of JPMorgan Partners. CCMP was launched in 2006 after executives spun out of JPMorgan Capital.

It’s not clear why Anderson left. The firm closed its most recent fund, flagship Fund III, on $3.6 billion in 2014. Fund III was generating an 8.77 percent internal rate of return since inception of 8.77 percent, according to performance information from the Firefighters’ Retirement System of Louisiana.

Check out the story here on PE Hub.

Top Scoops
Insight Partners is preparing the sale of E2Open, a software provider for supply-chain management, writes Milana Vinn on PE Hub. The process is expected to kick off in a few weeks. Check it out here.

GI Partners has collected around $1.2 billion for its debut digital infrastructure fund that will invest in assets like data centers, I wrote on Buyouts. GI Partners is targeting $1.25 billion for the fund. Read it here on Buyouts.

Have a great day! Reach me with tips n’ feedback, Drama, low-acid recipes, whatever at cwitkowsky@buyoutsinsider.com, on Twitter or find me on LinkedIn.