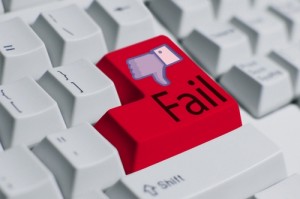 (Reuters) – Outgoing U.S. Securities and Exchange Commission Chairman Mary Schapiro delayed immediately implementing a rule to lift a ban on broader-based advertising for private placements in part because she feared it would tarnish her legacy as a pro-investor leader of the agency, internal SEC emails obtained by a U.S. House of Representatives oversight panel show.

The emails were highlighted in a letter critical of Schapiro sent to her on Friday by congressman Patrick McHenry, the Republican chairman of a prominent House subcommittee that oversees financial services, who called on Schapiro to hurry up and finalize the rule.

Schapiro, who is stepping down as chairman in two weeks, decided to take more time seeking public comments about the rule after Barbara Roper, a well-known investor advocate with the Consumer Federation of America, wrote a letter to Schapiro’s chief of staff voicing “strong objections” to lifting the ban without vetting the rule first.

Schapiro’s decision went against the recommendations of the SEC’s staff, including Corporation Finance Director Meredith Cross, the emails suggest.

It also angered Republican SEC Commissioner Daniel Gallagher, who told Schapiro he was “furious” and accused her of failing to negotiate with other commissioners in good faith, according to an email included in McHenry’s letter.

After changing her mind on the direction of the rule-making, she only informed Commissioner Elisse Walter – her close friend who is taking over the chairmanship this month – and no other member of the SEC until the following week, the letter says.

“I don’t want to be tagged with an anti-investor legacy,” Schapiro wrote in an e-mail to Cross with the subject line “Please don’t forward.”

“In light of all that’s been accomplished, that wouldn’t be fair, but it is what will be said …”

McHenry said Schapiro’s concerns about her legacy shouldn’t delay implementation of the rule.
“The continued second-guessing, and the accompanying delays in the process, is simply unacceptable,” McHenry wrote.

The SEC issued a statement in response to reporters seeking a comment about the McHenry letter.
“Chairman Schapiro strongly believes that protecting investors should be the desired legacy of all SEC Chairmen,” the SEC said. “It is part of our mission and should inform our decisions at all times. She (Schapiro) also believes that the agency should not consider investors – or the groups that represent them – to be special interests.”

The SEC’s proposal would greatly loosen strict advertising rules to make it easier for hedge funds, private equity funds and other firms to reach potential investors in the private marketplace.

The proposal pertains to several kinds of offerings, including those made under what is known as “Rule 506” of Regulation D, which allows companies to raise an unlimited dollar amount from accredited investors who meet certain income or asset thresholds.

Proponents say it will help spur more capital-raising and makes a lot of sense – especially in a social media world.

The SEC was required by Congress to lift the advertising ban under the 2012 Jumpstart our Business Startups, or JOBS, Act.

The law passed with bipartisan support, though shortly before it was enacted Schapiro wrote a lengthy letter raising concerns it could erode many important investor protections.

Consumer advocates and state regulators are afraid it will leave the door open to fraud by people who will be able to peddle products to unsuspecting investors.

The SEC was supposed to finalize the rule by July 4, but missed its deadline. Originally, staff had wanted to bypass the lengthier public comment process by adopting it as an “interim final rule” instead of a “proposed” rule. That would have let the SEC lift the ban right away, and then potentially tweak the rule down the road.

Roper and other investor advocates, however, strongly opposed that approach, saying important protections need to be added to the rule. Schapiro later dropped the plan for an interim final rule and took the longer route of seeking public comments first.

The SEC said late Saturday that it sought public comments first because there was a “high level of investor interest and numerous requests to be able to comment on a specific proposal.” The SEC added that there could have been a “very real threat of a legal challenge” if the agency did not go through a more rigorous rule-making process.

Investor advocates are still upset with the draft of the proposed rule because they say none of their suggestions for improving the rule were even contemplated, such as amending the definition of “accredited investor” to make sure unsophisticated people are not sold or marketed unsuitable products, and tweaking the filing rules so the commission can collect data on solicitation practices to help it police the marketplace.

Democratic SEC Commissioner Luis Aguilar has called for re-proposing it, and incoming SEC Chairman Walter has also raised concerns about a lack of investor protections.

Republicans in the U.S. House and at the SEC, however, want to see the rule go into effect right away.