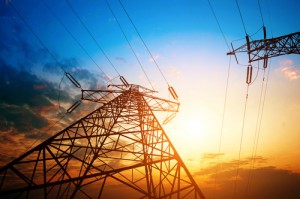 Energy Capital Partners, which has raised more than $8 billion for investments in the North American energy market, plans to launch its third core fund this year targeting in the neighborhood of $4.3 billion and offering an LP-friendly distribution waterfall, a source close to the fund told sister magazine Buyouts. Expect a formal unveiling as early as this summer.

Founded in 2005, Energy Capital Partners invests in a variety of market sectors, including power generation, environmental services, electric transmission, gas storage, gas pipelines and energy equipment and services. The firm’s website lists a selection of 18 current investments, including troubled Energy Future Holdings (formerly TXU), in which it invested $100 million in 2007 as part of its $45 billion LBO, and four realized investments. Its recent track record appears solid.

According to backer California Public Employees’ Retirement System, the $4.3 billion vintage 2010 Energy Capital Partners II has generated a 15.4 percent net IRR and 1.3x investment multiple as of year-end. Its predecessor, the $2.25 billion 2006 vintage Energy Capital Partners I LP, was roughly break-even for backer California State Teachers’ Retirement System as of Sept. 30, 2012. The firm also closed a mezzanine fund earlier this year at $805 million.

As of year-end Fund II was just under half drawn down, according to CalPERS, but the firm has completed or announced several deals since then. In one of the more high-profile, in January the firm agreed to take private EnergySolutions Inc., a nuclear waste management company, in a $1.1 billion deal. The deal closed in May. In March the firm announced the acquisition of three power plants from energy company Dominion, estimated to produce $650 million in after-tax proceeds for the company, including tax benefits.

The firm plans to offer an LP-friendly, European distribution waterfall with its new fund, just as it did with its 2010 predecessor, according to our source. Before receiving carry distributions, the general partner must return all contributed capital to date to investors, plus an 8 percent preferred return. According to the Reuters PE/VC Partnership Agreements Study 2012-2013, more than half of North American buyout shops return only a portion of contributed capital (and usually a preferred return) before taking carry, referred to as the deal-by-deal distribution waterfall. While fairly standard, the deal-by-deal distribution waterfall lets the GP share in carry distributions earlier in the life of a fund, and is therefore less LP-friendly.

Energy Capital Partner, which has offices in Short Hills, New Jersey, and San Diego, is led by founder and Senior Partner Doug Kimmelman. He started the firm in 2005 following a 22-year career at Goldman Sachs, much of it in the investment banking group. The firm’s website lists five partners altogether, along with five principal and several managing directors, vice presidents, associates and other staff members. Recently hired to head up a four-person investor relations department is Managing Director Jordan Robinson, previously managing director and head of business development for J.C. Flowers & Co.