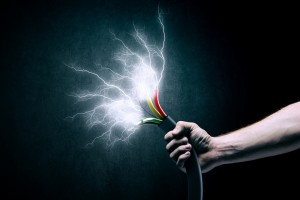 (Reuters) – Creditors of Energy Future Holdings, Texas’s largest power company, are turning on each other in court over the bankrupt power company’s proposed refinancing plan.

A lawsuit filed Friday by senior noteholders of a unit known as Energy Future Intermediate Holding, or EFIH, asks the U.S. Bankruptcy Court in Wilmington, Delaware, to enforce an agreement among creditors to parcel out debt payments in a way that is at odds with the company’s plans.

The lawsuit is the latest to take aim at the plan by EFIH, which controls the Oncor power line business, to refinance $6.2 billion in high-yielding notes.

EFIH plans to borrow $7.3 billion through two loans and use the proceeds to refinance first-lien notes and second-lien notes. The company said the move would save millions of dollars in monthly interest costs.

Some noteholders oppose the plan because they believe EFIH is skirting its obligation to pay hundreds of millions of dollars in early redemption payments, known as make-whole payments.

The company said when it entered bankruptcy it was prepared to litigate over the early redemption payment, and the trustees for both sets of notes have already filed lawsuits, known in bankruptcy as an adversary proceeding.

The first-lien trustee wants Judge Christopher Sontchi to issue an injunction directing the trustee for the second-lien notes to reroute any payments received until the first-lien noteholders are paid in full.

If the payments aren’t rerouted, then the first-lien trustee, CSC Trust Co of Delaware, will seek damages against Computershare Trust Co, the trustee for the second-lien notes, of at least $432 million.

A lawyer who represents Computershare, Stephanie Wickouski of law firm Bryan Cave, did not immediately respond to a request for comment.

Energy Future filed one of the largest U.S. bankruptcies in April and seeks to restructure more than $40 billion in debt.

Energy Future also plans to spin off the unit that owns the TXU Energy retail utility and the power generating business known as Luminant to holders of $24.4 billion in secured debt.

Energy Future took on much of its debt in 2007, when it was formed with the record buyout of TXU Corp, led by Kohlberg Kravis Roberts & Co, TPG Capital and Goldman Sachs Group Inc’s private equity arm GS Capital Partners.

The deal turned out to be an ill-timed bet on natural gas prices, which soon began to plummet.

The private equity sponsors of the buyout are likely to lose almost their entire investments in the bankruptcy.

The case is In Re: CSC Trust Co of Delaware v Computershare Trust Co, U.S. Bankruptcy Court, District of Delaware, No. 14-50410.