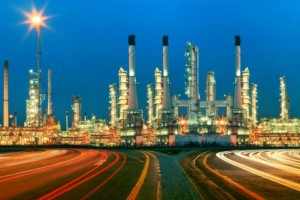 Bernhard Capital Partners is approaching the $750 million target for its debut fund that will focus on investments in oil and gas-related service companies, according to a person with knowledge of the fundraising.

Bernhard, formed by senior executives from Fortune 500 energy giant Shaw Group, launched BCP Energy Services Fund about a year ago. It reached around $600 million in September, according to the person.

The final close could come in January, the person said.

Bernhard did not respond to a request for comment sent to a general contact email address. Atlantic-Pacific Capital is working as placement agent on the fundraising.

Fund I is already more than 50 percent deployed, with 11 deals, the source said. Those deals include the formation, with KBR, of a new, equally owned company, Brown & Root Industrial Services, announced in July.

Bernhard is finding deals amid turmoil in the oil and gas industry because it focuses on companies that actually build and maintain power plants, the source said. “They’re doing the construction and engineering and maintenance of things like power plants and refineries,” the person said.

Oil and gas extracted from the ground needs to be processed, so refineries will keep operating through the down cycle as long as oil fields keep producing, the person said.

“It’s not like they’re trying to time the cycle,” the person said. “If a company is building a new refinery, spending billions of dollars … those companies still need to service their assets, they still need to have maintenance work done, engineering work done.”

Bernhard, based in Baton Rouge, was formed in 2013 by Jim Bernhard, founder and former chairman and chief executive officer of the Shaw Group, and Jeff Jenkins, former chief operating officer of Shaw Environmental and Infrastructure.

Jim Bernhard and Shaw’s management sold Shaw Group in 2013 to Chicago Bridge & Iron. Bernhard had grown the company from a small pipe fabrication business into a Fortune 500 energy services company, according to Bernhard’s website.