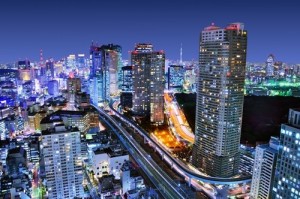 Mr. Muto has been involved in investment banking for more than 25 years. He spent the first 13 years of his career with Nomura Securities in various management positions of increasing responsibility, following which he established asset and wealth management operations at both Lombard Odier and Morgan Stanley in Japan. In 2003, he joined Capital Partners Securities in Tokyo as Managing Director and Head of Investment Banking and was instrumental in building their investment banking business. Shinichi speaks native Japanese and fluent English. He holds an MBA from the University of Notre Dame and a BA from Keio University. In this role, Mr. Muto will provide foreign companies with access to leading Japanese strategic investors, including both major trading and industrial companies.

Mr. Jordan joined Euro Pacific Canada in 2012, from 1889 Capital Advisors Inc., an Asian-focused corporate finance advisory boutique where he was a founding partner. He previously worked for Credit Suisse Securities in London, New York and Tokyo where his roles included European investment banking, North American and Japanese special situations trading and analysis, and most recently, Director on the Japanese convertible bond trading team. Prior to joining Credit Suisse, Mr. Jordan was a securities lawyer with Bennett Jones, LLP in Calgary, Canada. He is conversant in Japanese, and holds an MBA from the University of Chicago and a JD from the University of British Columbia. He has been involved with Japan, and Japanese business, for approximately 20 years.
David Cusson, CEO of Euro Pacific Canada, comments:

“We are very pleased to have Mr. Muto and Mr. Jordan leading our Japan initiative whereby we can bring our clients strong relationships in Asia, with an emphasis on Japan, with ongoing relationships with numerous global corporations, investment funds and semi-governmental organizations.”

Japan has the world’s third largest economy by GDP, and is one of the most dynamic and technologically advanced countries in the world. With globally leading companies in a variety of industrial sectors, Japan offers companies seeking strategic investors many options in terms of long-term growth partners.