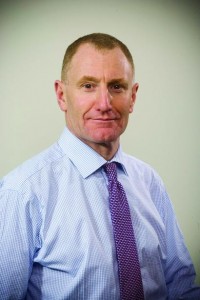 Last week saw renewed speculation that Europe might see a high-yield bond price for the first time since Intergen last July. That gained credibility when Bain-backed Sensata Technologies announced plans to issue €141m of senior subordinated notes with a coupon of 11.25% and a maturity date of 2016. Morgan Stanley had underwritten the original bridge to bond.

However, sources close to the deal played down the announcement. It was, they said, a technical acknowledgement that the bridge had matured and would roll into note rather than loan form, not the initiation of plans to price a public euro deal.

The European high-yield market should have been well placed to recover from the credit crunch. The “overhang” of bridge to bond deals was relatively small, standing at €3.3bn today, and the sector enjoys the support of a core of unleveraged, long-only investors.

In the wake of the credit crunch, a lack of confidence and secondary market volatility were the key barriers to activity and since then this lack of activity has become self-reinforcing.

Martin Thorneycroft, executive director global capital markets at Morgan Stanley, says the lack of visibility caused by the dearth of deals is itself a brake on issuance: “There are active dialogues taking place but there has been some reluctance from issuers to be first into the market while demand remains untested. The market would benefit from a deal to be done well and trade well to rebuild confidence,” he said.

One potential source of new issuance is hung bridges, but many have been managed down and derisked away from the public market. Some paper has been placed privately with investors or converted into mezzanine or – in the case of several South African deals – sold into the local bank market.

The relative vigour of the mezzanine market now means the high-yield market is less relevant to newer LBO deals.

Chris Munro, managing director in high-yield capital markets at JPMorgan explains: “LBO deals have been the mainstay of the European high-yield market space. LBO volumes there are way down this year and mezzanine has been a very efficient alternative for those few deals that have been done. In fact, the mezz market LBO deals can access is the most active, robust and liquid part of the European leveraged capital markets right now.”

But still, bankers insist that they have had plenty of inquiry from investors with cash.

Gareth Noonan, managing director leveraged finance capital markets at Merrill Lynch, says investors would welcome activity. “For dedicated high-yield investors it’s vital to have new deal flow. There’s a lot of money in the system, growing as issuers pay interest every year, creating pent up demand for paper while it is difficult to build up large positions in secondary trading,” he says.

Demand is targeted at defensive corporate issuers in particular. “In Europe there are corporate issuers potentially looking to do high-yield deals and it would not be a surprise to see three to four a few deals before the summer, particularly where issuers see potential downside risk to borrowing at higher rates in future,” adds Munro.

Meanwhile, Noonan contends that high-yield can offer superior capital-raising solutions for such issuers. “High-yield compares favourably with mezz not just on price but particularly for corporates that can potentially raise long-term debt and be free to tap the bond to raise extra capital without complicated waiver consents down the line,” he says.

Indeed there is evidence from the US that investors would favour such issuers. “In the US where high-yield deals are being done they tend to be higher up the credit curve, BB rated credits and in defensive sectors,” says Munro. “Credit differentiation is a massive issue and fundamentals are of paramount importance in this market,” he adds.

In the US, though, the market includes a significant volume of deals from oil and gas exploration and production corporates (E&Ps), which are defensive credits with ongoing capital requirements. And with a similar dynamic at work in Europe, others believe that the European resources sector could benefit from the same.

“European natural resources corporates should be able to access the high-yield bond market as an alternative to base reserve lending,” said Noonan. “There is very little history of that but with oil at a record high in particular it looks like an ideal time to raise 10-year debt capital at a fixed price.”

Martin Thorneycroft sees the appeal but is unconvinced they will access the euro market. “Issuance in the E&P sector in Europe has not really taken off in part for the simple reason that oil is dollar-denominated and issuers typically prefer to match the denomination of their debt with that of their cashflows. What we may see there is a European issuer going to the dollar market,” he says.

Even for the right credit how to price a deal remains hypothetical. In terms of size €150m to €500m is seen as the ideal range. As in the loan market clubbier structures are likely to feature, with multiple bookrunners and anchor investors needed to build confidence prior to launch.