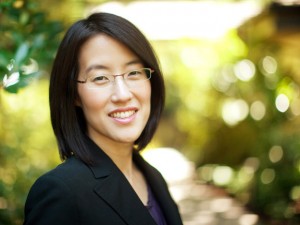 Pao had been working with Reddit for the last year, according to a blog post by Reddit Chief Executive Yishan Wong on Thursday. () Her work there gives her an operational role rather than the advisory role venture capitalists typically take.

Wong described Pao, whose allegations about Kleiner rocked Silicon Valley after she filed her lawsuit last May, as having “a long, adventurous career.”

Her duties at Reddit might include “everything from getting new vendors in our marketplace to working with other companies or communities that can utilize our self-serve advertising,” said Reddit general manager Erik Martin.

Reddit is one of the most visited sites on the Web. Its users submit articles or posts to Reddit, where they appear categorized by area of interest, known as a “reddit” among the community. Users also vote the articles up or down, affecting how prominently the articles are displayed.

Pao said in Wong’s blog post her favorite reddits included “IAmA,” which the site says is about “something uncommon that plays a central role in your life, or a truly interesting and unique event.” She also likes “pareidolia,” which is for pictures “of things that look like something it’s not.”

Reddit, owned by the Newhouse family’s Advance Publications, was founded in 2005 and is not yet profitable. Privately held Advance is best-known for its Conde Nast family of magazines, which include The New Yorker and Vogue.

Kleiner is one of Silicon Valley’s most venerable venture firms, backing companies such as Amazon.com Inc and Google Inc. Pao filed a lawsuit against Kleiner last May and continued working there until the venture firm terminated her employment in October.