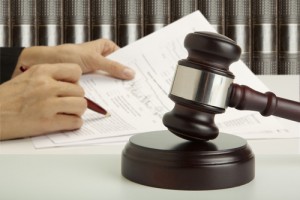 The suit, which pits former partner Ellen Pao against one of Silicon Valley’s most storied venture firms, alleges harassment, discrimination and retaliation. It became the talk of the Valley last year with its references to an affair and its allegations — denied by the firm — of sexual advances and sexist behavior.

The firm had argued that Pao’s suit, filed in May 2012, should move to the private process of arbitration because Pao signed operating agreements with mandatory arbitration clauses for the funds she was involved in.

Pao’s lawyer, Alan Exelrod, argued that the clauses did not apply because Pao was suing Kleiner itself — not its funds. Pao never signed any arbitration agreements with the firm itself, Exelrod said.

On Wednesday, a panel of justices at the California Court of Appeal in San Franciso agreed.

“Pao’s claims have their origin or genesis in the offer letter, which does not contain an arbitration clause,” they wrote, referring to the firm’s original offer of employment to Pao. “Pao is not bound to arbitrate her complaint against KPCB.”

Pao, who left Kleiner to work for social news site Reddit in April, did not immediately respond to a request for comment.

Kleiner Perkins said it had no comment beyond a statement last week in which it argued that arbitration was appropriate because Pao’s case involved compensation, which was linked to fund performance.

“The issues Pao is litigating involve economics of the funds she was involved with,” the firm said in that statement, issued after a hearing on the matter. “All of those economic issues are governed by the Managing LLC agreements which require that disputes be resolved through arbitration.”

Kleiner has 40 days to decide whether to appeal against the court’s decision.

The lawsuit has inspired debate especially in the Bay Area on its specific merits as well as the broader issue of sexism in the technology sector.

Until Pao’s lawsuit, issues surrounding gender had largely been brushed under the rug in the clubby world of venture capital. Since the lawsuit was filed, female employees at Pantheon and CMEA have also filed lawsuits alleging discrimination, but the firms have a lower profile than Kleiner.

Kleiner is known for backing companies such as Netscape, Amazon.com Inc and Google Inc.