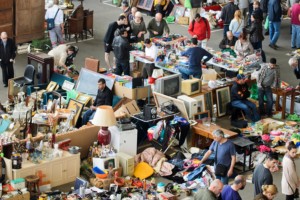 Bregal Investments is shopping a portfolio of funds with a net asset value of about $400 million on the secondaries market, according to three people with knowledge of the process.

Evercore is running the process, one of the people said.

The funds, from Bregal Investments’ funds group Bregal Private Equity Partners, are all pre-2008 vintages, according to one of the people. There are more than 20 funds in the portfolio, the person said.

It is not clear why Bregal is selling the funds. Fund investments are one of several private equity businesses within Bregal Investments, which is the private equity arm of a European holding company called COFRA Holdings. COFRA is controlled by the wealthy Brenninkmeijer family.

Bregal’s portfolio is just one of many in the market this year that have driven volume to at least $16 billion, according to Cogent Partners. Intermediary Setter Capital believes first half market volume totaled around $22 billion.

The market is on pace to hit record volume by year’s end if the hyper activity keeps up. Investors are taking advantage of the sky-high prices on the market to “de-risk” their portfolios. Cogent found the average high bid for all strategies on the secondary market was 93 percent of net asset value in the first half. Those levels were driven mainly by buyout funds, where the average high bid increased to 100 percent of net asset value, according to Cogent’s first half pricing report.

Setter Capital reported that dealflow in the first half was driven by banks and pensions, as well as general partners using the secondaries market to restructure older funds and deliver liquidity to existing LPs in those older vehicles.

“The higher any market goes, the more risk there is of a correction,” Richard Lichter, managing partner at secondary market specialist Newbury Partners, told peHUB in a prior interview. “If there’s something that’s not strategic, this may not be a bad time to sell rather than just let it wind down.”

“You can’t comfortably subscribe to the notion the exit market will be as robust tomorrow as it is today,” Jason Gull, global head of secondary investments at Adams Street Partners, said in a prior interview.