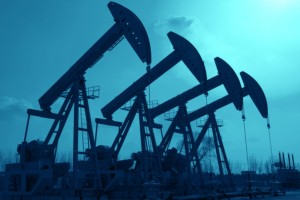 HarbourVest Partners has hired Michael Dean, head of real assets at Meketa Investment Group, as it builds up its capabilities for investing in real assets—mostly energy and infrastructure.

Brett Gordon, managing director at HarbourVest, confirmed the hiring and HarbourVest’s moves involving real assets, though he declined to provide too many details. For example, it is not clear if HarbourVest will build a team to focus specifically on real assets, or if the strategy simply will be integrated into the firm’s secondary, co-investment and primary fund investment platforms.

“We’re building a real assets practice and Michael is part of the leadership of that practice,” Gordon said. HarbourVest will be hiring more people to focus on real assets, Gordon said.

The Boston-based firm’s first work on real assets will center on secondary opportunities, but it likely will expand to include primary and co-investments in the near term, Gordon said.

“There’s a good amount of deal flow on the secondary side of real assets … [but] not a lot of buyers,” Gordon said. “We have a proven and successful secondary sourcing and investment process. While we already have some in-house expertise in real assets, we felt that we needed to add additional domain expertise to it to best pursue this opportunity.”

HarbourVest is responding to the larger market, where a lot of money has been raised for investing in real assets, as well as client demand. The firm does have a customized account with a client focused on real assets, though Gordon declined to provide details.

As a senior vice president, Dean had focused on investment opportunities in real estate, infrastructure and natural resources, according to a statement from Meketa at the time of the promotion. He also led due diligence and research in all areas of real assets, sat on advisory boards and worked with clients on real assets strategies, the statement said.

Prior to Meketa, Dean worked as director of investments from 2003 to 2007 at Ithecus Capital, a private commercial real estate investment company.