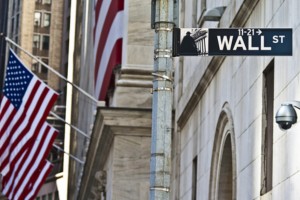 Wall Street banks have found a U.S. review of their junk-rated loans to have yielded similar results to last year, easing some concern among bankers about a crackdown on one of their most lucrative businesses.

The Office of the Comptroller of Currency, the Federal Reserve and the Federal Deposit Insurance Corp, in an annual process called the Shared National Credit (SNC) review, examined bank portfolios for compliance with guidelines on leveraged loans that limit how much debt a company can take on.

Contrary to some bankers’ expectations that excessive violations would be discovered, the SNC review’s findings are comparable to last year’s, according to banking sources. The sources didn’t provide details on the review’s findings.

“Our banking members have said that the SNC review has gone mostly as expected, and is mostly in line with last year,” said Meredith Coffey, executive vice president of the trade group Loan Syndications & Trading Association.

That suggests a benign outcome for the industry, were it to be confirmed by regulators. It could provide banks with a measure of relief at a time when many of their historically profitable businesses are under pressure.

The last SNC review was published in September 2013 and covered $800 billion of $3 trillion in credit commitments, with a focus on leveraged loans. Regulators also expressed dissatisfaction with the results of that review.

The 2013 SNC review found that “criticized” assets, which are considered by regulators to be problematic, represented 10 percent of the SNC portfolio, down from 11 percent in 2012 but twice the percentage of pre-financial crisis levels.

Credits rated “special mention” — a catch-all category for loans that may seem fine now but regulators suspect may exhibit weakness in the future — increased from $99 billion to $115 billion, representing about 4 percent of the portfolio.

It could not be learned, however, whether regulators planned to take any action against individual banks as a result of this year’s review, the results of which are due to be published in the autumn.

Leveraged loan issuance has kept a robust pace as investors chase yield amid the Fed’s cheap money policy. Issuers such as private equity portfolio companies have used that demand to issue junk-rated loans and pay themselves dividends or do more acquisitions.

U.S. leveraged loan issuance reached $527 billion in the first half of 2014. Last year, it reached a record $1.14 trillion, up 72 percent from the year before, according to Thomson Reuters Loan Pricing Corp.

The regulatory guidelines do not set an absolute limit on leverage, and instead say that loans that would increase the borrower’s debt levels to more than 6 times its cash flow raise “concerns for most industries”. The percentage of leveraged buyouts with leverage over six times has risen to 55 percent so far this year from zero in 2009. It is now flirting with the 57 percent all-time high seen in 2007, prior to the financial crisis.

In the previous SNC review, published in September 2013, regulators had expressed dissatisfaction with the results. The Fed and the OCC have also sent private letters to banks last year expressing concerns about it, sources have previously said. In recent comments, Fed Chair Janet Yellen also said lower-rated corporate debt was an area where “valuations appear stretched”.

Some bankers said they feared regulators may still crack down on them, using criteria in the guidelines that are more subjective, such as the fuzziness around the leverage threshold.

They said regulators have been strict about some elements of their guidance, which has boosted compliance. For example, there is no flexibility in the underwriting requirement that the borrower should be able to fully repay senior secured debt – or at least half of its total debt – over five to seven years.